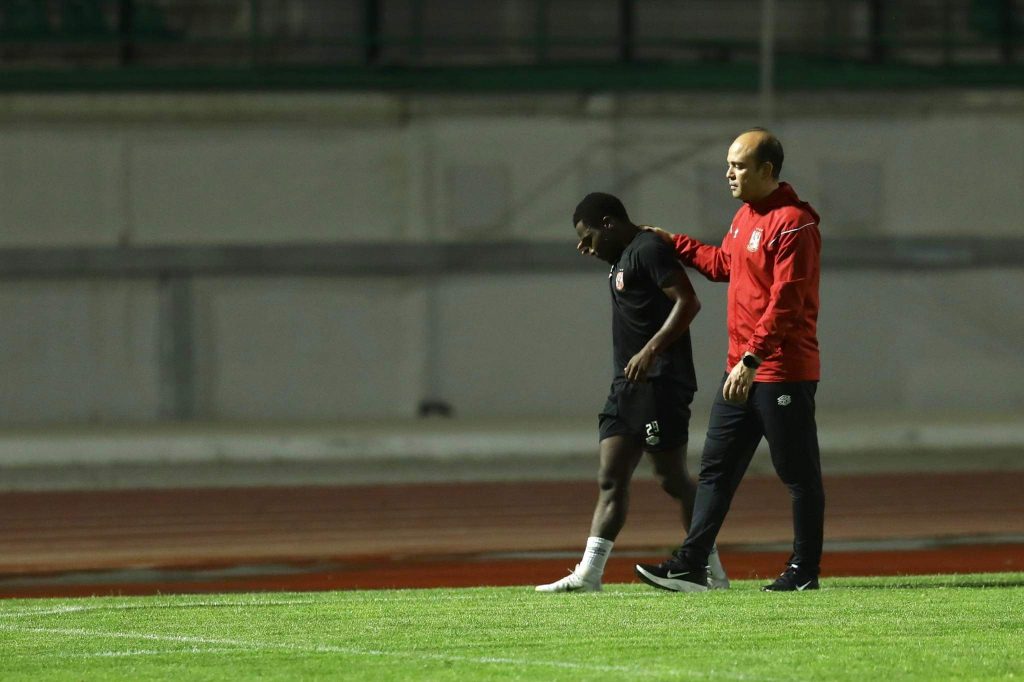 The Egyptian team has confirmed that the former Simba winger picked a leg injury while training at Mustapha Tchaker Stadium in Algeria on Thursday.

“Miquissone wasn’t able to continue the team’s training and was accompanied by Ahmed Abu Abla, the team’s doctor, to one of the hospitals that is near the stadium to undergo several medical tests,” Al Ahly website reports.

The holders are confident of booking a final berth after winning the first leg match 4-0 in Cairo last weekend.

The club says he performed several recovery exercises at the stadium on the sidelines of the team’s training session on Thursday.

El Soulia is currently performing a recovery program to recover from his hamstring muscle injury.