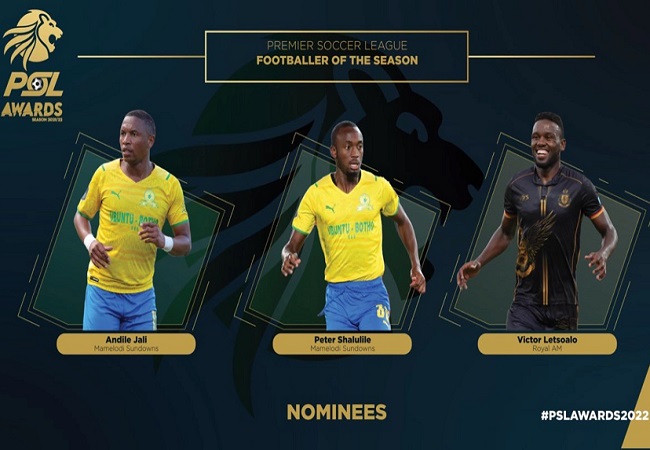 Mamelodi Sundowns have dominated the domestic football in South Africa this season. The their performances  have been recognised by the PSL who have nominated 13 representatives from the club across the 10 categories for the 2021/22 PSL awards.

Masandawna lifted the MTN 8 title earlier this year before going on to secure the DStv Premiership title with games to spare and could complete a famous treble by winning the Nedbank Cup later this month.

As a result, the club is the best-represented team in South Africa among this season’s awards nominees; including all three spots for the highly-coveted DStv Premiership Players’ Player of the Season accolade.

Meanwhile, Sundowns and Marumo Gallants will compete for the Nedbank Cup title later this month. And both clubs are represented among the nominees for the competition’s Player of the Tournament award.

Elsewhere, Sundowns also dominate the nominations for the MTN 8 awards, while the best and brightest from Soweto rivals Kaizer Chiefs and Orlando Pirates will battle for the DStv Diski Challenge gongs.