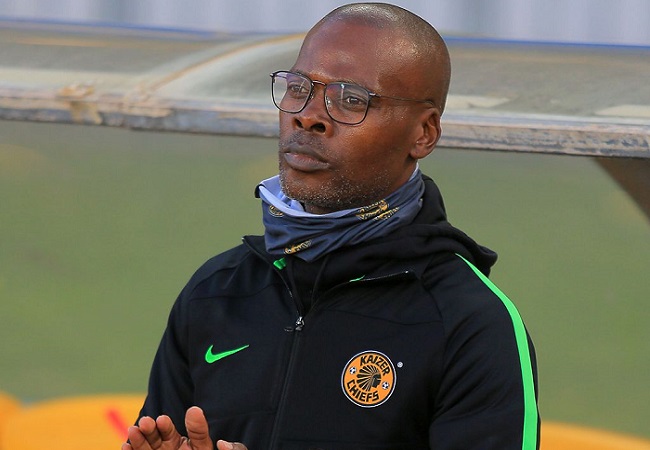 Arthur Zwane, who was acting as Kaizer Chiefs interim coach at Naturena after the departure of Stuart Baxter, was appointed on a permanent basis on Thursday.

The 48-year-old was awarded a three-year contract, starting immediately, along with assistant Dillon Sheppard.

Well-versed in the Chiefs culture Zwane spent the past 22 years at the club, as both player and coach. He progressed through the youth divisions before rising to the top.

During his first stint as stand-in coach after replacing the sacked Gavin Hunt at the end of 2020/2021 season, he ensured that Chiefs did not miss out on MTN8 qualification by winning the last three league games.

He also has the distinction of being the first coach to lead Chiefs to the Caf Champions League final after defeating Morocco’s Wydad Casablanca in the two-legged semi-final.

“It has been a difficult journey. It’s never been easy. But these are the things we dream about.” Zwane told reporters on Thursday.

“I told those who are close to me eight years back that I am spending sleepless nights to be the head coach (of Chiefs). But a head coach to help the team win, not just to add numbers.

“One of the reasons I wanted to play for this team when I was a player was because of their winning culture, their winning mentality. Those are the things that inspired me and to work so hard that one day I will don the famous Kaizer Chiefs jersey. That was a dream come true. And here I am sitting today.”

Zwane was particularly grateful to club chairman Kaizer Motaung – not only for the opportunity to lead a club of the stature of Chiefs, but also for the role he played in helping him forge a new career path after his playing days had ended.

“If there is one person that made me believe in myself from day one then it’s the chairman.” the former Bafana Bafana winger said.