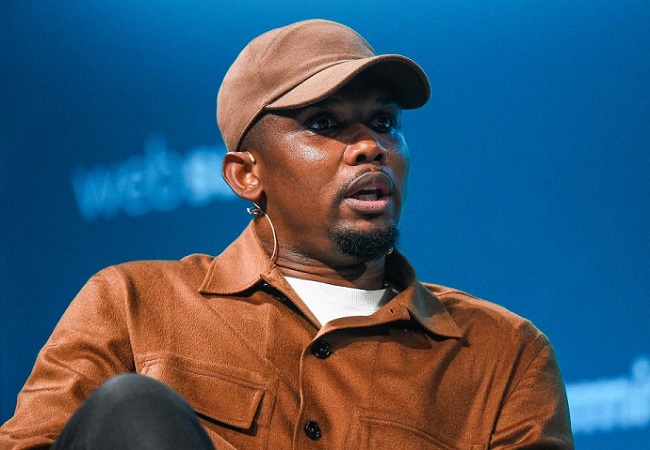 In their 2023 Africa Cup of Nations qualifiers opener on Thursday, the Indomitable Lions secured maximum points in a narrow win against Burundi.

Lyon star Karl Toko Ekambi proved to be the difference between the two sides as his first-half strike was the winner to help the 2021 AFCON hosts to top Group C in the qualification process.

However, former Barcelona and Chelsea star, Samuel Eto’o standing as Cameroon FA President December last year, was furious at the Lions in post-match debriefing in the dressing room despite earning victory.

Elected since December last year, Eto’o was not left overly enamoured with the performance though and launched a furious rant at the players having gone into the dressing room following the final whistle.

“I am not happy. I don’t care who you play against; you represent Cameroon. I am not happy at all. In my time, I missed the World Cup because I knew what problems I had. Those problems won’t repeat themselves while I’m president.” He said.

“Places in this team will be earned. Nobody, I repeat, nobody has a place guaranteed in this team. You must do your job. Whoever comes here to wear this shirt must do the job. Else he goes and I will be happy to have the children play.”

“I sat where you are years ago. I know some of you are thinking ‘he is stupid’. But I tell you I was the best. I know why I failed. I will give you everything even my life so that you be in the best condition. I fight with everyone to put you in the best condition. You sit here and have no idea about the battles I fight for you.”

“When we come here, it’s about Cameroon, guys. There’s nothing more beautiful than Cameroon for me. I will give my life for my country. I have great esteem for my country. And I shall arrive with or without you.”

“If you want to be part of this journey, you must work. If it’s about what I saw out there today, I’m not sure any of you will be on the list. I need more because I dream to win the World Cup. All the problems I had as player won’t repeat themselves. First objective is having a goodhearted group. I failed because that was absent even though we had great players. When this group will be happy together we will win.” He added.

Eto’o of course accumulated 118 appearances for the Cameroon national team throughout his career. He scored 56 goals which includes a number of strikes at the World Cup and African Cup of Nations.

The now 41-year-old retired in 2019 following a brief spell with Qatar SC. The former striker had two periods in the Premier League throughout his career having signed for Chelsea in 2013 before spending half a season with Merseyside outfit Everton.