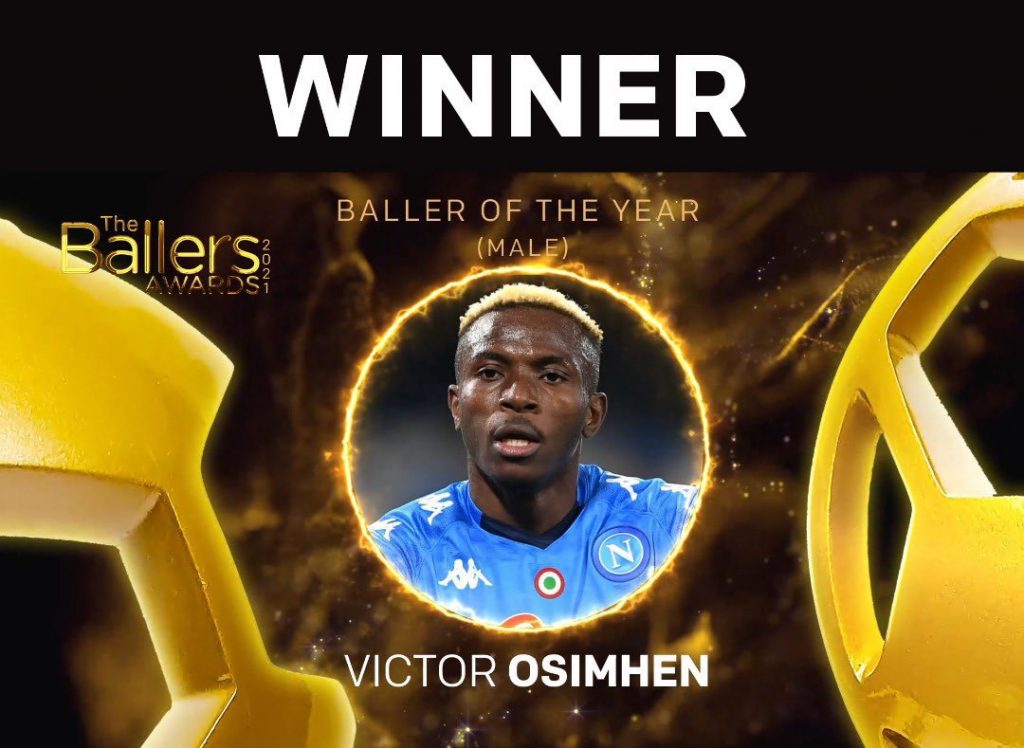 Victor Osimhen, Calvin Bassey of the Super Eagles, Super Falcons, Asisat Oshoala, and famous Nigerian international Chief Segun Odegbami were among the winners at the 2021 The Ballers Awards.

On Sunday, June 12th, 2022, the fourth edition of The Ballers Awards was hosted at the Oriental Hotel in Victoria Island, Lagos.

The awards were collected by representatives for the majority of the recipients who were unable to attend the event.

The attendees were entertained with music, dance, and comedic shows.

Former Nigerian internationals Joe Erico, Barnabas Imenger, Justice Christopher, and Yisa Shofoluwe, all of whom died recently, were remembered by the award’s organizers.

Winners at the 2021 The Ballers Awards:

– REVELATION OF THE YEAR
Calvin Bassey

– DEFENDER OF THE YEAR
Zaidu Sanusi

– MIDFIELDER OF THE YEAR
Joe Aribo

– FORWARD OF THE YEAR
Victor Osimhen

– HUMANITARIAN OF THE YEAR
Ahmed Musa

– COACH OF THE YEAR
Kennedy Boboye

– SUPER EAGLES GOAL OF THE YEAR
Paul Onuachu VS LESOTHO