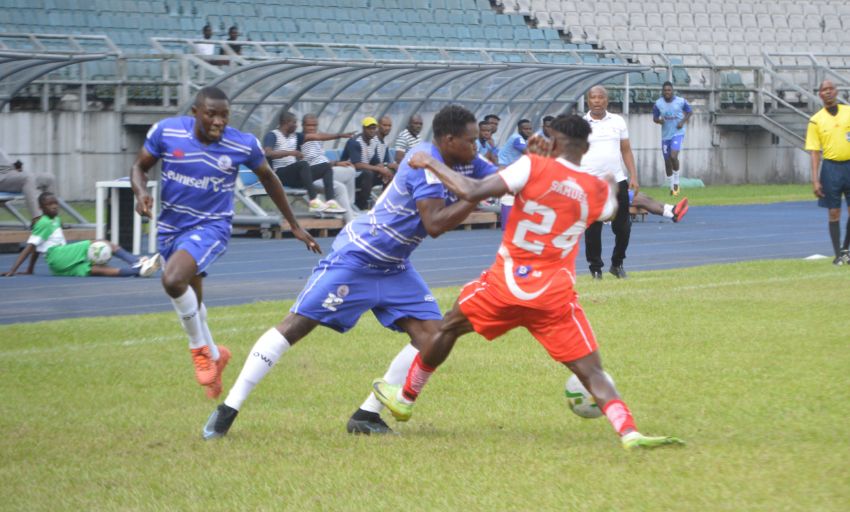 Emmanuel Anyaosi of Dakkada, along with Mustapha Salisu of Katsina, was largely unknown before the season began but has now emerged as one of its biggest surprises.

In just one season, the young players have established themselves in the league and proven they have what it takes to become future stars.

Nduka Junior, the Remo Stars captain, has also demonstrated his talent with some outstanding performances for the Ikenne team as they remain competitive in fifth position on the log.

With his goals maintaining Gombe United in mid-table, far from where experts predicted they would be by this point in the season, Abdulazeez Yusuf of Gombe United is demonstrating his ability.

Although he has scored 15 goals in 33 appearances, he is in good company as three other players are now tied for the top scorer’s trophy with him.

Victor Mbaoma of Enyimba doesn’t require an introduction; his 15 goals, which include a hat-trick against Kwara United last weekend, have demonstrated why he is so highly regarded.

His performance has helped Enyimba move up to fourth place in the standings, and he recently took part in the Super Eagles’ North American tour.

With 16 goals for Rivers United, who are in first position, Chijioke Akuneto of Rivers United has subtly risen to prominence.

Following his transfer from the Kano Pillars, Nyima Nwagua was the focus of much interest, but Akuneto and Ishaq Rafiu have been the guys scoring goals for the Port-Harcourt team.

The table-toppers now have 53 goals, eight more than Plateau United in second place, making them the league’s highest-scoring team thanks to Ishaq’s 14 goals, Akuneto’s 16 goals, and five from Nwagua.

In addition, Chijioke Ejiogu, who is in his 22nd season as a professional in the top flight, has persisted in defying logic by starting games for the first team.

Ejiogu has been one of the few bright spots of yet another unsuccessful campaign for the Owerri side, despite Heartland’s troubles.

The centre back tandem of Andrew Ikefe and Buhari Ibrahim, who have stood like the Rock of Gibraltar, has helped Plateau United boast the third meanest defence in the NPFL (23) with 23 points.

Particularly Ibrahim has been conducting business both in the back and up front.

The centre back, who previously played for the Super Eagles in friendlies against Mexico and Ecuador, is not happy to merely stop goals; this season, he has scored six goals, which is the most of any defender.

The 2021–2022 season has been fantastic for fans thanks to all of these stars and many more.

Here are some statistics to look through with five games left.