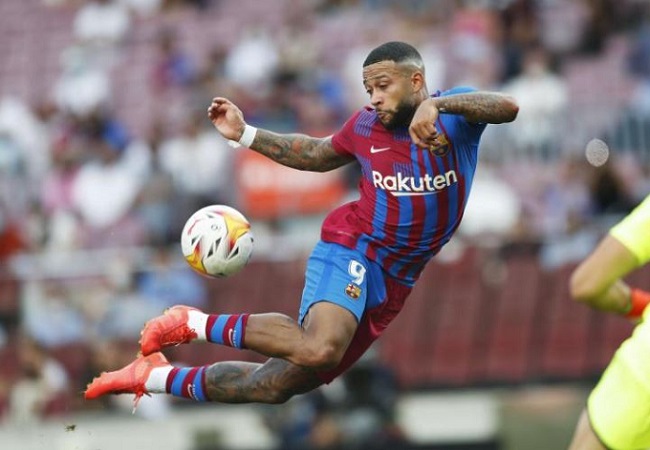 Born to a Ghanaian father, Depay Memphis regularly visits the country during his holidays. And for his latest, the high-profile winger was in Africa alongside his Netherlands teammate Quincy Promes.

As reported by The Sun, Memphis Depay, who plies his trade with Barcelona, leads several community projects in Ghana.

He recently unveiled a newly-built bathroom and toilet for the Cape Coast school for the Deaf and Blind in Ghana, per the same report. He has also donated sports equipment, along with other items, to the kids.

And during his latest trip to Ghana, Memphis proved that he can produce the goods on any surface as long as there’s a ball at his feet.

Whether it’s on the pristine surface of Camp Nou or a grassless pitch in Accra, the La Liga star is capable of embarrassing opponents with his wizardry.

The video, posted to Twitter by Owuraku Ampofo, shows Memphis and Spartak Moscow forward Promes expertly keeping the ball using an array of fancy flicks and tricks, wowing the crowd in the process.

The 28-year-old winger has just finished his debut season with Barcelona after joining the Catalan giants from Lyon last summer.

Under pressure to help fill the void left by the peerless Lionel Messi, Memphis initially impressed at Barça.

But his performance levels dipped as the season progressed. And the high-profile winger ended the campaign with 13 goals in 38 appearances. The former Manchester United player will be intent on improving those numbers next term.