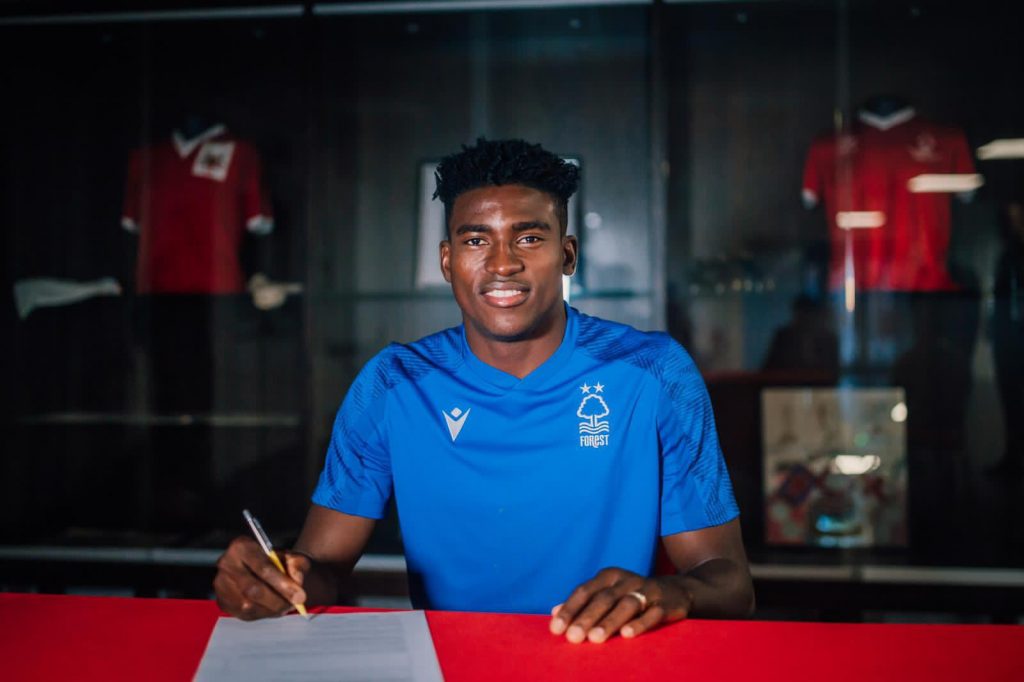 On Saturday, the 24-year-five-year old’s contract with Nottingham Forest was officially signed.

Since the team’s elevation to the Premier League, Awoniyi was the first visitor to arrive at the City Ground.

A club record amount of £17.5 million was paid by Steve Cooper’s team to acquire his services.

Union Berlin made a sizeable profit on a player they acquired from Liverpool last summer for £7 million.

“It was clear that a player like Taiwo will attract the attention of other clubs with his performances,”Ruhnert told the club’s official website.

“From a sporting and personal point of view, he is a great loss for our team, which must now be absorbed.

“We wish Taiwo all the best for the future and thank him for his achievements in the shirt of 1. FC Union Berlin.”

For Union Berlin past season, Awoniyi scored 20 goals in 43 games in all competitions.

He played with the team for two years, the first one as a loanee.