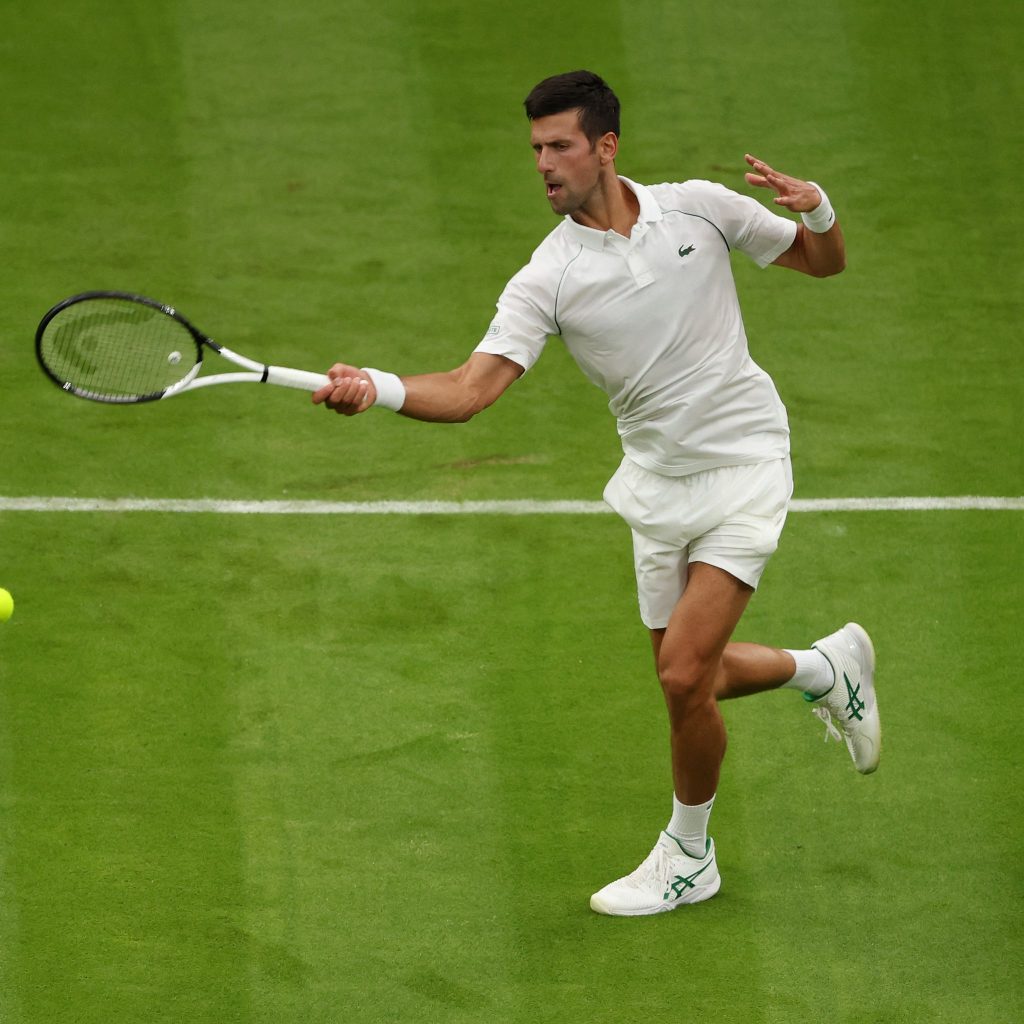 Soonwoo Kwon put Novak Djokovic’s chances of winning Wimbledon in 2022 to the test, but the reigning champion remained unwavering and defeated the South Korean to move to the second round of the grass-court Grand Slam in London on Monday.

The World No. 81 was defeated by the Serbian by scores of 6-3, 3-6, 6-3, 6-4, but the aggressive play of Kwon kept Djokovic from feeling entirely at ease in his first tour-level encounter since the quarterfinal of Roland Garros on May 31.

The South Korean had a break advantage in each of the first two sets and energized the Centre Court crowd when he tied the match at one set apiece, but Djokovic’s renowned steadiness was enough to secure a two-hour, 27-minute victory.

The Serbian, who won the Internazionali BNL d’Italia in May, is going for his second tour-level victory of 2022 and fourth straight victory at the third major of the year in London.

Kwon was attempting to earn just his fourth tour-level triumph on grass, but the South Korean appeared at ease during the opening exchanges on Centre Court as he smacked the ball accurately off both wings.

Early break gave him a 3-1 advantage, but Djokovic found his own groove and reeled off five straight games to win the set.

When the South Korean’s performance reached new heights, any concerns that Kwon may falter following his strong start were allayed.

He defeated Djokovic to love for a 3-1 victory and used his forehand well when controlling rallies.

Kwon leveled the match by converting his first set point in the ninth game after coming back from 0/40 to hold in the following game.

His comeback was just as impressive as the break.

Despite that setback, Djokovic played well in his first competitive match on grass in 2022, moving quickly around the court.

The Serbian regained command in the third and fourth sets after he started to play consistently from the baseline.

The victory increased his ATP Head2Head series advantage over Kwon to 2-0 with just one break needed in each set to secure the victory.

Following some early difficulties, Djokovic remained reliable on serve to secure the victory.

At SW19, where he now has an 80-10 record, the top seed will take on Thanasi Kokkinakis or Kamil Majchrzak in the second round.

The World No. 3 is vying for his seventh Wimbledon championship, which would tie him with the late American great Pete Sampras and get him closer to Roger Federer’s record eight victories.