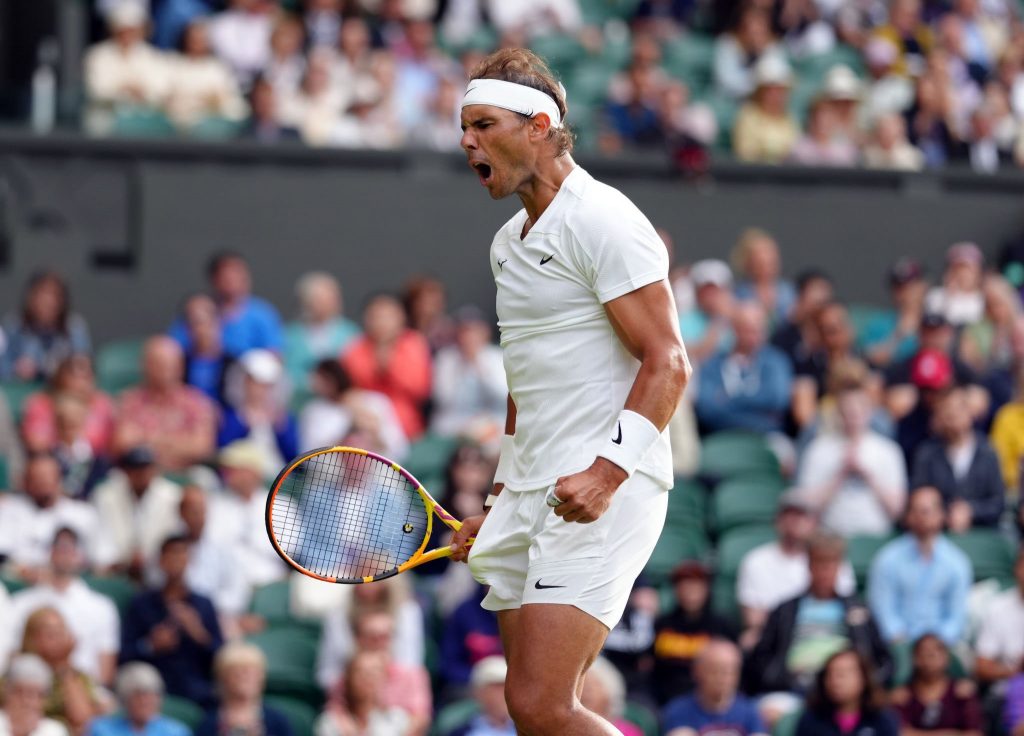 Rafael Nadal didn’t always get his way on Tuesday, but he rose to the occasion to advance to the Wimbledon second round for the fourteenth time.

The Spaniard, who was playing on grass for the first time since 2019, displayed his signature fighting spirit to defeat Francisco Cerundolo and win 6-4, 6-3, 3-6, 6-4 after three hours and 36 minutes.

In front of a large audience on Centre Court, Nadal held off the Argentine, who was playing in his first Championship match.

The 36-year-old had won the first two sets, but in the fourth set, all of a sudden, he was down a break.

With the strain mounting, Nadal improved his depth and energy upon returning, taking back the match and improving to 31-3 overall.

The second seed, who won the first two majors of the year for the first time in his career, is going for a record-extending 23rd Grand Slam victory.

The second-round opponent will be Ricardas Berankis, who upset Sam Querrey with scores of 6-4, 7-5, and 6-3.

In their first meeting, Nadal got out to a quick start, hitting 13 winners in the opening two sets as he took charge and got comfortable on the London grass.

However, the World No. 41 started to dramatically turn the tables after appearing to be in bad shape.

Following the third set’s conclusion, Cerundolo broke once more at the opening of the fourth set, winning a lengthy 12-minute game to bolster his resolve.

But when you’re playing Nadal, finishing a set is never simple, and that was the case here as well, as the World No. 4 rolled off the final four games from 2-4 to earn his victory.

Cerundolo wanted to advance to a Grand Slam’s second round for the first time.

The Miami ATP Masters 1000 competition was where the Argentine achieved his greatest performance of the year, reaching the semifinals.

The 23-year-old rose from position 103 in the Pepperstone ATP Rankings to position 51 thanks to his breakout run.