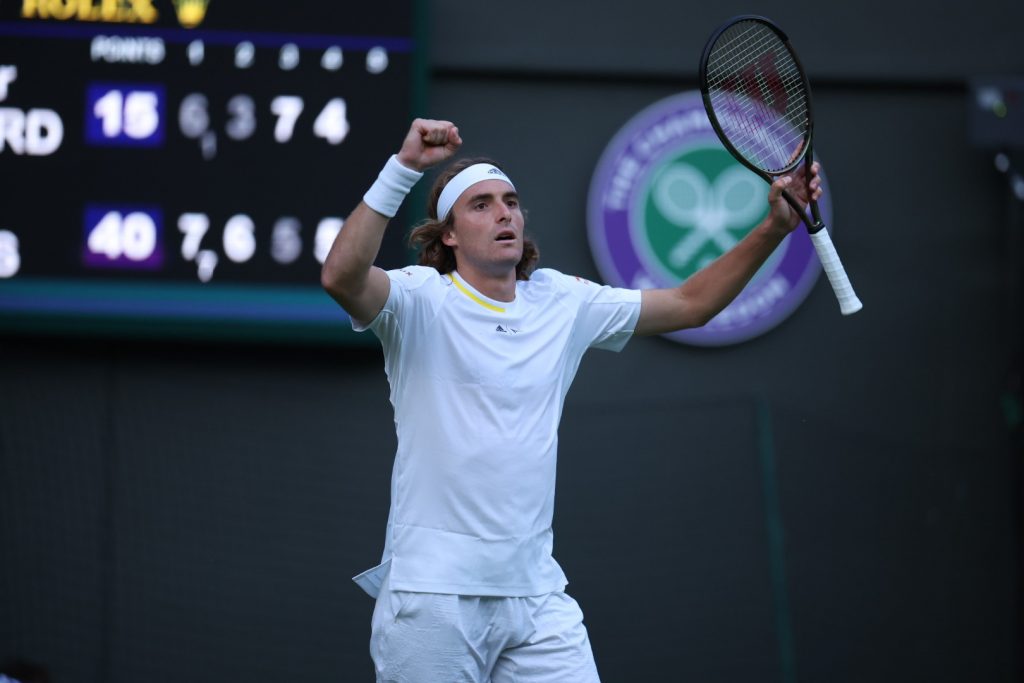 Tenacity allowed Stefanos Tsitsipas to win his match against Swiss qualifier Alexander Ritschard at Wimbledon on Tuesday, completing a 7-6(1), 6-3, 5-7, 6-4 first-round triumph at the grass-court major.

The World No. 5 had a two-sets-to-love lead on Court 1 and appeared to be in charge of a captivating contest, but Ritschard rallied in the third set with a high-caliber performance.

However, Tsitsipas’ consistency outlasted the Swiss’ exquisite shotmaking, and the Greek maintained his composure to claim victory.

Ritschard quickly took the lead on Court 1 with to a combination of accurate baseline hitting and skillfully executed serve-and-volley strategies as Tsitsipas struggled to find his rhythm.

The Greek, even though he was down a double break at 1-4, exhibited no signs of anxiety.

He came back with four straight wins, dominating the tie-break as his opponent was overpowered by his firepower from a distance.

Tsitsipas broke twice to win the second set, but the 28-year-old Swiss was resurgent in the third.

The disappointment of losing the opener seemed to take the sting out of the Ritschard game.

The crowd sensed a comeback when he broke Tsitsipas again in the opening game of the fourth set.

He displayed some deft touches at the net to earn a crucial break in the 11th game.

However, Tsitsipas quickly regained the lead to reverse that trend, and in the tenth game, he took advantage of Ritschard’s two double faults to even the match at 4-4.