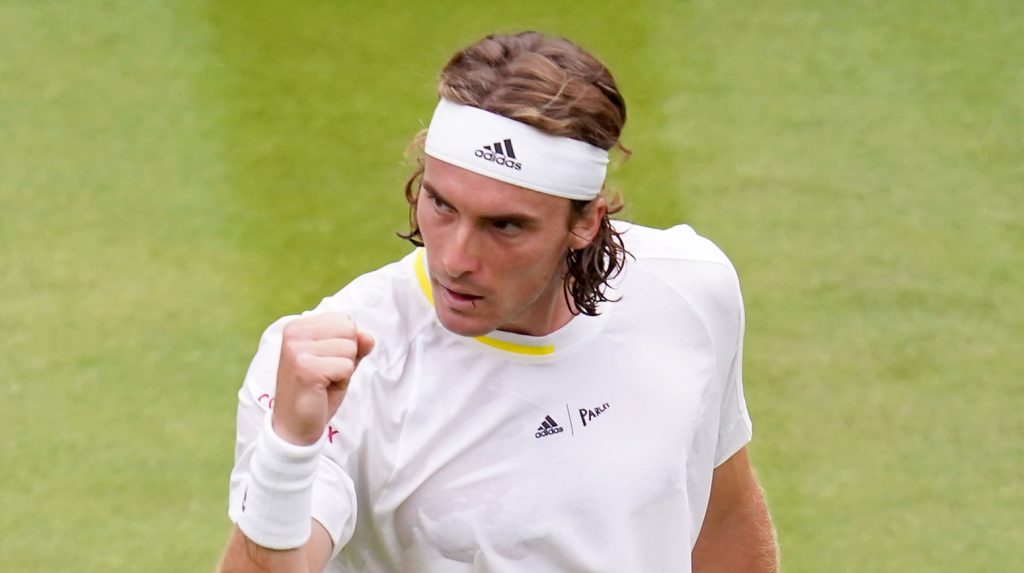 Stefanos Tsitsipas advanced to the third round of Wimbledon for the second time on Thursday by easily defeating Jordan Thompson 6-2, 6-3, 7-5, setting up a titanic matchup with Nick Kyrgios.

Throughout their two hours and four minute match on Court 1, the Greek looked sharp, opening his shoulders to rule from the baseline.

The fourth seed, who is competing at Wimbledon for the fifth time, broke the Australian six times and hit 29 winners to move ahead 2-0 in their ATP Head2Head series.

After a brief journey from Spain, Tsitsipas won his first match on a grass court last week in Mallorca, and he quickly adjusted to life in London.

With his victory over Thompson, he improved his surface record to 8-2 this season. Prior to 2022, he had only won eight tour-level matches on grass.

The World No. 5 will play Australian Kyrgios next after the six-time tour-level champion defeated Filip Krajinovic in straight sets. Kyrgios has won 42 matches this season, which is a Tour record.

After winning their most recent encounter on grass in Halle earlier this month, Kyrgios has a 3-1 advantage against Tsitsipas.

Tsitsipas swiftly took command under the dome on Court 1, using excellent footwork to rule with his forehand.

The Greek was consistently strong off that wing and occasionally shown amazing touch up top to outmaneuver Thompson.

After dominating the first two sets, Tsitsipas showed patience in the third set, eventually breaking to win it in the 12th game.

Tsitsipas’ best Wimbledon performance occurred in 2018, when he advanced to the fourth round.
The 23-year-old is now 5-4 at SW19 after losing to Frances Tiafoe in the 2021 opening round.

76 in the world Thompson had previously made it to the third round a year prior, so he was hoping to do it again.

He won the ATP Challenger Tour title in Surbiton earlier this month, and he advanced to the final at Nottingham.

In other matches, Dutchman Botic van de Zandschulp defeated Finn Emil Ruusuvuori in a comeback over four sets (3-6, 6-1, 6-4, 6-4) in two hours and 25 minutes to advance to the third round.