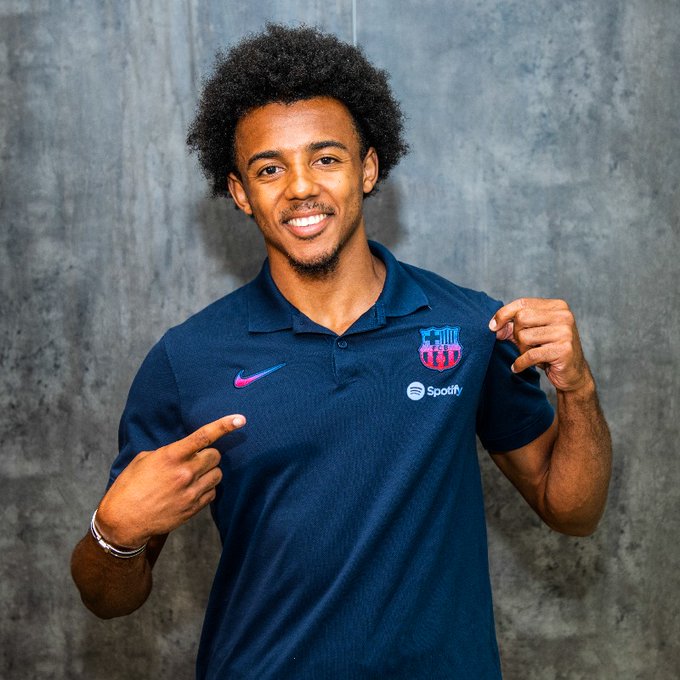 Barcelona has confirmed the signing of Jules Kounde beating Chelsea to the signature of the former Sevilla defender.

Kounde has been on the radar of Barcelona manager, Xavi.

The club in a statement confirmed the arrival of their new player making it the fifth for the club who have been busy in the transfer window ahead of the 2022/2023 kick off.

“FC Barcelona and Sevilla FC have reached an agreement for the transfer of Jules Olivier Kounde, awaiting the player passing a medical and the signing of contracts.”

Jules Kounde was born in Paris on November 12, 1998. His family originally came from Benin.

He started playing for small clubs in the outskirts of Bordeaux in south-eastern France.

He first passed a trial at the age of 14 years old and joined the youth ranks of the professional team, FC Girondins de Bordeaux.

He didn’t look back and on January 7, 2018, at the ripe old age of 19 years old, the French defender debuted with the first team in a French Cup game against Granville.

Despite the team losing, Kounde’s performance meant he had the chance to stake a claim in the Girondins defence and ended up playing 18 of the 19 remaining games in the French league.

He was a regular starter the following season, and despite his youth, he was fast becoming one of the most promising central defenders in France and across Europe.

This led Sevilla to pay 25 million Euro for his services, the most expensive signing for the Andalusian club at the time.

In fact, he was one of the players that would end up lifting the Europa League at the end of the season, the centre back’s first title in his career.

His good performance led to him being called up to the France squad for the European Championships last summer.

He debuted with les bleus during friendly games in the run up to the tournament, in which he also featured.

He was also part of the squad that lifted the UEFA Nations League after beating Spain in the final, the Frenchman’s first international triumph.

Jules Kounde is known for being a very fast defender, quick to intercept, and being good on the ball.

The French centre back, who can also play as a full back, is very difficult to beat one-on-one and is comfortable defending high up the pitch, as he trusts his recovery pace to get back.

Also, even being 178 centimetres tall, Kounde is a real specialist in the air.

He has an impressive leap so fighting for balls in the air is no issue.

Kounde also likes playing out from the back and threatening his rivals though slide rule passes or by carrying the ball.

He never thinks twice about leaving his position at the back to join in the attack by breaking the lines with the ball at his feet.