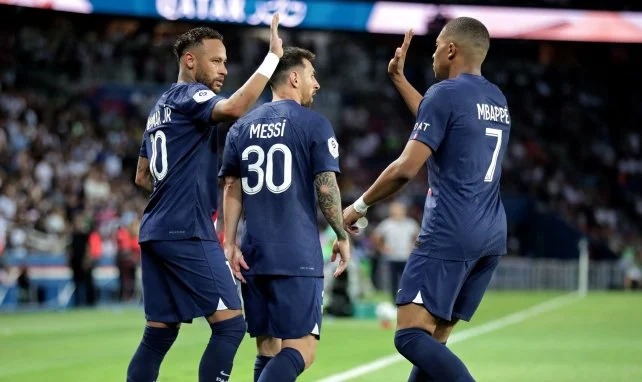 PSG had a good evening in Israel with all of their forwards namely Messi, Neymar and Mbappe scoring in their second Champions league clash to Maccabi Haifa.

The French giants were the once to concede first as Tjaronn Chery caught their defenders sleeping in the 24th minute to go on and beat Gianluigi Donnarumma with a lovely left-foot finish.

Lionel Messi helped Paris Saint-Germain equalized before half-time as he scored from close range after a strong Kylian Mbappe work left side.

In the second half, Christophe Galtier’s men took control of the game and Kylian Mbappe doubled the lead in the 69th minute on a lovely Lionel Messi set-up.

The Israeli side tried to score again by they failed to do so with Neymar scoring the third goal for the visitors two minutes prior to the full-time.

PSG won the game by 1-3 and remain on top of their Group (H) with two wins in two games.