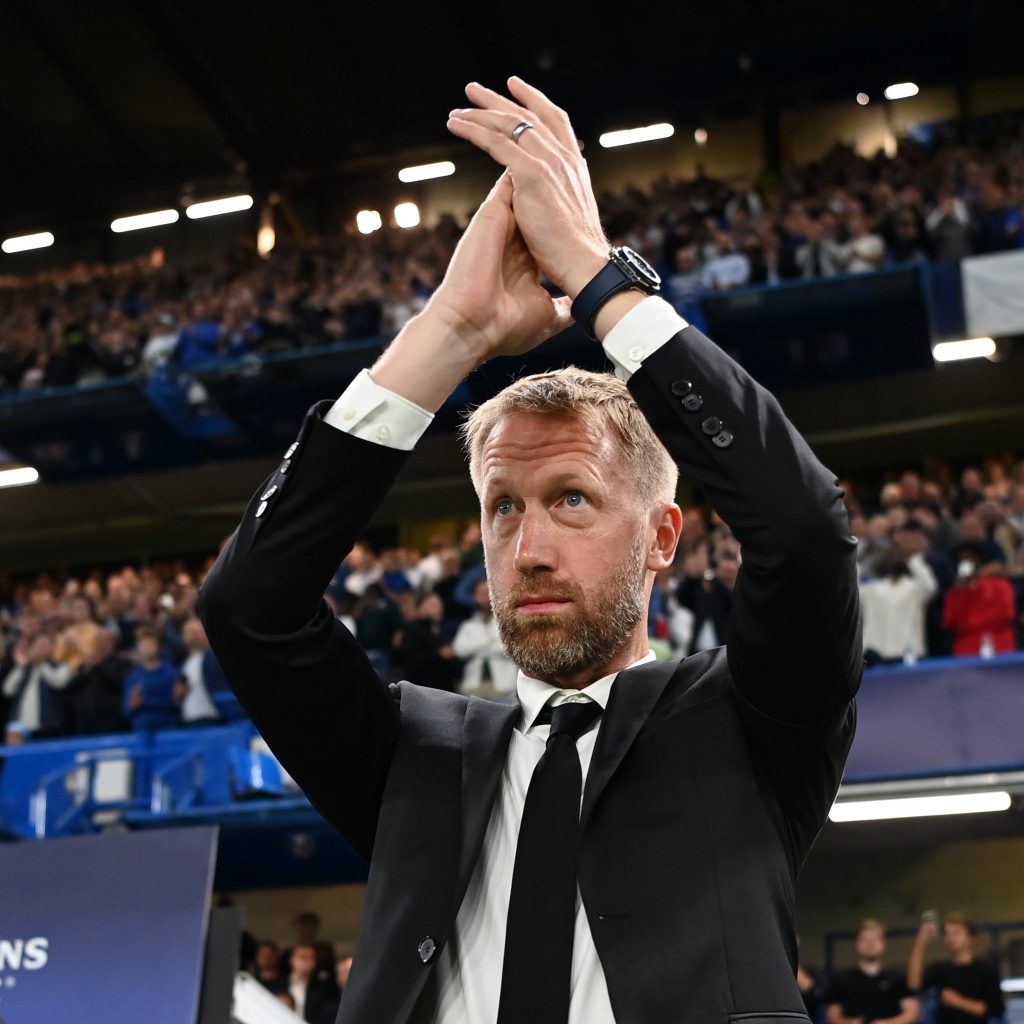 Chelsea are yet to get a win after two games in the UEFA Champions League as they blew away their lead on Wednesday night at Stamford Bridge.

Raheem Sterling put the hosts ahead at the start of the second half, but some poor defending from Thiago Silva enabled the Austrians to equalise through Noah Okafor.

Speaking after the game , Potter who was making his debut in the dugout in the UEFA Champions League as a manager, said the team was disappointed not to get the maximum points.

The former Brighton and Hove Albion manager singled out RB Salzburg goalkeeper as the saving grace of the German clubside.

He said; “We’re disappointed with the result. I thought the boys gave everything.

“We scored a good goal, but lost a bit in the second half but their goalkeeper has made some good saves.

“It is what it is, we have to dust ourselves down. Personality and application was good, we will get better.

“We got Raheem in one-on-one situations quite often and the goal was a good result of that.

“It’s always irritating when you concede a goal.

“Overall the defensive performance was quite good, it’s just the little details we will have to improve.

“It has not been easy for the boys, they have responded to us really well over the last few days and it’s a point we will have to take and get better.

” The attitude has been fantastic, no complaints apart from the fact we have not taken three points.”

Potter who took over from Tuchel barely a week, will no have time to put the players through as they will not be involved in Premier League action this weekend.