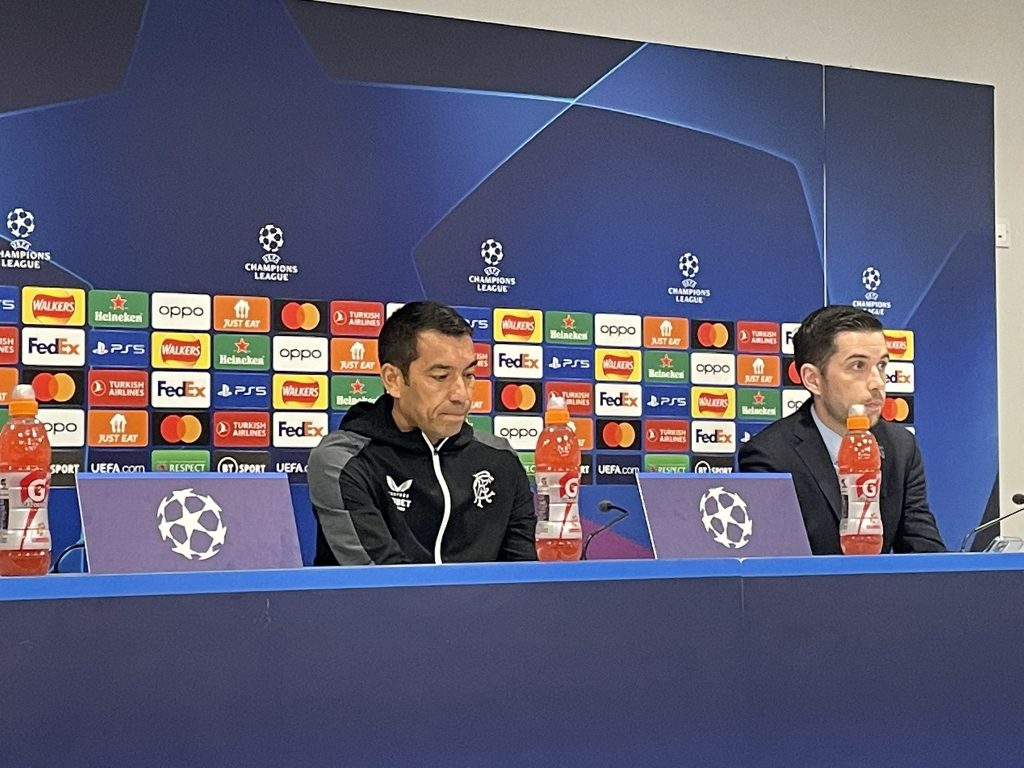 As he gears up to face a “fantastic side,” Giovanni van Bronckhorst is certain that his Rangers team won’t be fooled by Liverpool’s lackluster performance.

Rangers have yet to pick up a point after defeats of 4-0 at Ajax and 3-0 at home to Napoli, but they enter the match with back-to-back league victories against Dundee United and a crushing 4-0 victory at Hearts on Saturday.

A 3-3 Premier League tie against Brighton and Hove Albion at home on Saturday has put Liverpool 11 points behind early leaders Arsenal, despite the fact that they rebounded from a 4-1 loss at Napoli by defeating Ajax at home.

However, Van Bronckhorst, a former Arsenal midfielder who last year captained Rangers to the Europa League final, warns that Jurgen Klopp’s team will come at Anfield with a whirlwind.

“Of course there are always things to exploit, any team has those areas you can exploit,” he said on Monday.

“Although they didn’t have a good result last Saturday, we are still going to prepare against a good Liverpool team.

“They have all the strengths to perform at this level.

“Form means nothing, they have a good team and a fantastic coach.

“We are preparing for the best Liverpool team tomorrow.

“They have been in three finals in the last five years and are still one of the best teams in Europe.

“Of all our opponents we faced last season and this season, probably this is the best side.

“It is a huge podium for us to perform.

“It is many years since there has been a Scottish team playing against an English team, it is the first time we have faced each other so there are a lot of good things to look forward to.”

When asked if it was difficult to predict what would happen on Tuesday because both Rangers and Liverpool had struggled to maintain consistency this year, Van Bronckhurst responded:

“It will be a good game then! Maybe that’s the beauty of football.

“Form is temporary and it can change in one game.”