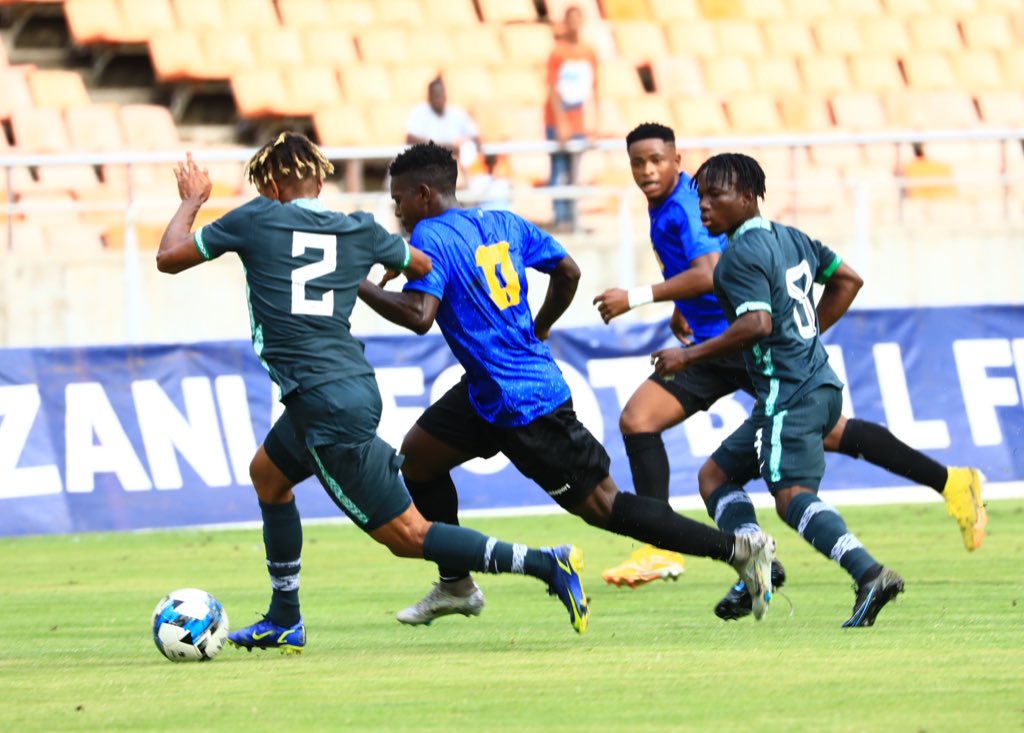 Nigeria held Tanzania to a 1-1 draw away in the first leg, second round tie of the 2023 U-23 Africa Cup of Nations qualifiers on Saturday.

The game which was played inside the Benjamin Mpaka Stadium, Dar es Salaam, saw Nigeria take the lead on 29 minutes from the penalty spot through skipper Success Makanjuola.

But with 13 minutes left the Tanzanians equalized after they also were awarded a penalty.

The second leg comes up on Saturday, 29th October 2022 at the Lekan Salami Stadium, Ibadan in Nigeria.

The U-23 Africa Cup of Nations, which will serve as qualification matches for the men’s football competition at the 2024 Summer Olympics in France, will take place in Morocco.