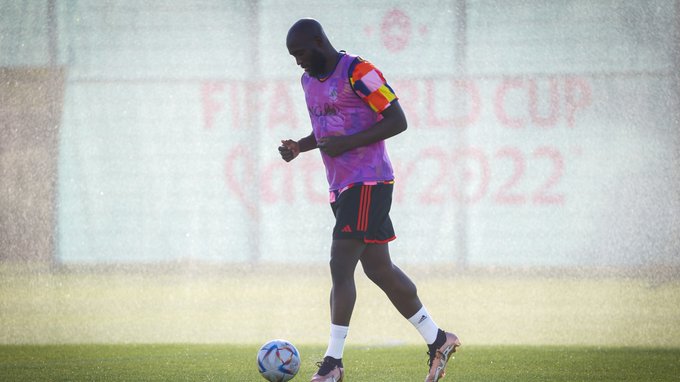 Following his absence from Belgium’s World Cup opener in Qatar due to a thigh injury, Romelu Lukaku worked out on Friday in preparation for their encounter against Morocco.

The attacker has only played for 90 minutes once this year, and that was on October 29 for Inter Milan.

Although Lukaku was absent from Belgium’s 1-0 victory over Canada in Group F, he trained with his teammates on Saturday.

The 29-year-old attacker also worked out on Thursday in a private setting, according to midfielder Kevin De Bruyne.

On Wednesday, Michy Batshuayi started up front against Canada and scored the game’s lone goal, but De Bruyne predicted that Lukaku’s comeback will greatly benefit the club.

“Romelu’s return will not change the way we play but of course he is a top striker,” De Bruyne said on Friday before training.

“Romelu has not played for a long time now, but even if he can only have a few minutes, defensively they will be more scared.

“He gives us a lot more options. His return will be a boost.”