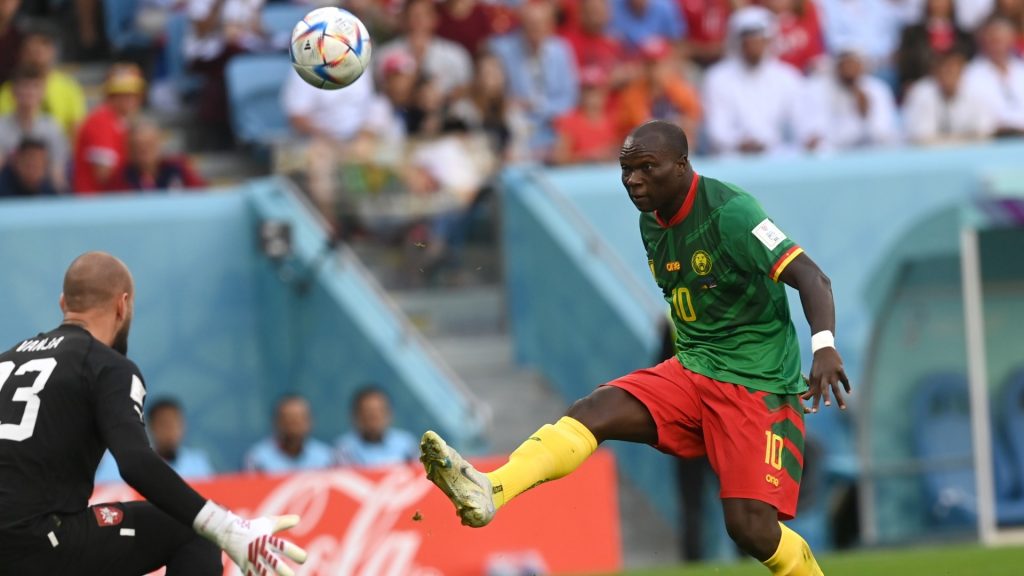 Cameroon has earned a hard-fought 3-3 draw against Serbia earlier on Monday thanks to Vincent Aboubakar who has been tremendous in the second half.

Knowing they need to win in order to boost their knockout stage qualification chances alive, the Indomitable Lions made a good start to the game.

And FC Nantes centre-back Jean-Charles Castelleto showed the way to his teammates in the 29th minute as he gave the lead to Cameroon.

However, Rigobert Song’s side failed to keep that advantage until the half-time as they conceded two goals in the additional time (45+1, Strahindja Pvlovic & Sergej Milinkovic-Savic 45+3).

Cameroon’s reaction was highly-waited in the second half, but they will first deceive their fans by conceding a third goal as Aleksandar Mitrovic increased the lead for Serbia.

The Rigobert Song decided to bring on Vincent Aboubakar and the latter completely changed the game for this nation.

He reduced the scoring in the 63rd minute before providing an assist to Bayern Munich forward Eric Maxim Choupo-Moting third minutes latter (66′) for the equalizer.

Cameroon showed character to grab their first point, but they will need to beat Brazil in for their final group stage match in order to qualify for the next round.