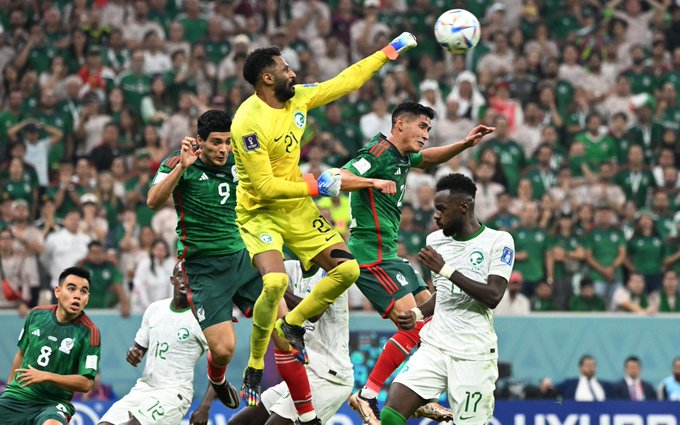 Mexico defeated Saudi Arabia 2-1 but just missed out on the round of 16 due to goal differential after scoring twice in only five second-half minutes of the second half.

Henry Martin and Luis Chavez’s goals soon after the break put Mexico back in the game, but two goals that were disallowed and a run of outstanding saves by Saudi goalkeeper Mohamed Al-Owais kept them out of the playoffs.

As the game neared its conclusion, it appeared that Mexico would lose to Group C rival Poland because they had received more yellow cards, but Saudi striker Salem Al-Dawsari scored in stoppage time to make goal differential the deciding factor.

Read Also:World Cup 2022: Argentina Through To Round Of 16 Despite Messi Spot Miss

Mexico’s elimination put an end to a run of seven straight World Cup last-16 appearances, and Saudi Arabia’s loss terminated what had appeared to be a serious possibility of making it out of the group stages for the first time in 28 years.

Mexico’s chances of moving on from Group C had looked poor coming into the match, depending on how Argentina and Poland would do in their match, which Argentina won 2-0 to take first place in the group.