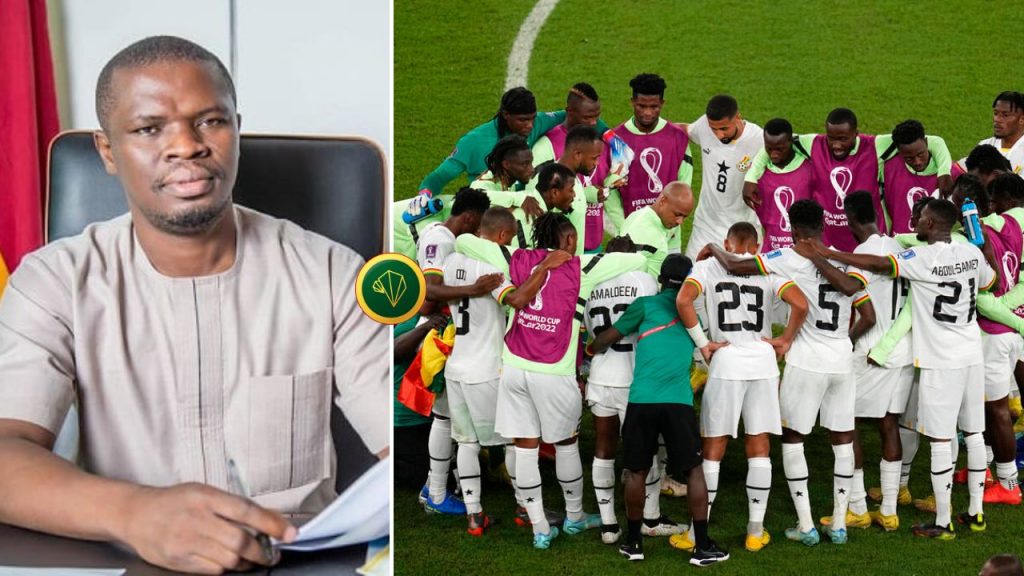 Black Stars World Cup ended brutally when no one was expecting them back home so quick.

Andre Ayew and teammates had 3 points after two games and needed only a draw against La Celeste to make it through to the next round.

However, they lost the game with their skipper Ayew missing a penalty in the first half. That defeat put an end to Ghana’s World Cup campaign.

Two days after this early exit, below is Sports Ministry statement

After our spirited performances in our first two group matches of the Qatar 2022 FIFA World Cup, Ghana’s campaign, has unfortunately ended, following the Black Stars’ defeat to Uruguay in our final group match.

Our target, going into the World Cup, was to progress from our group to the next round, and then continue our charge in the knockout stage, to better our impressive record in the World Cup.

Having put in all efforts, including financial, logistical and technical support towards our preparations, we were all confident our young team would be able to realise our national aspiration of going very far in the competition.

Indeed, the Black Stars won the hearts of many Ghanaians, as well as fans across the globe, with their spirited fightback against Portugal, and hard-fought victory over South Korea. Eventhough we fell short at the most crucial stage and bowed out of the competition in disappointment, we take solace in the lessons learnt, and the positives, especially the promising delivery of our young team.

We are also impressed by the united and patriotic manner Ghanaians came together to offer the Black Stars their unflinching support. Football, the World Cup and the Black Stars, brought the nation together beautifully as one people.

In the midst of global economic challenges, which had limitations to our finances, corporate Ghana responded remarkably to the Ministry of Youth and Sports’ fund-raising initiative to support the team, as well as President Akufo-Addo’s personal appeal for financial support. We are grateful to all corporate institutions for their kind and timely support, which contributed immensely not only towards the team’s qualification and preparations, but also made it possible to send a few Ghanaians to cheer on the team.

As a Government, we will not relent in our efforts towards sustainable sports development, to ensure that all our respective national teams, including the Black Stars, reach the height we desire.

For the Black Stars in particular, the Ministry of Youth and Sports will continue its partnership with all stakeholders, including the GFA, for a thorough review of the Black Stars’ World Cup campaign in Qatar, and the way forward.

Once again, we are grateful to all, for your diverse contributions towards the Black Stars’ 2022 World Cup campaign; from the qualifying series, to our last match on Friday, December 2, 2022.