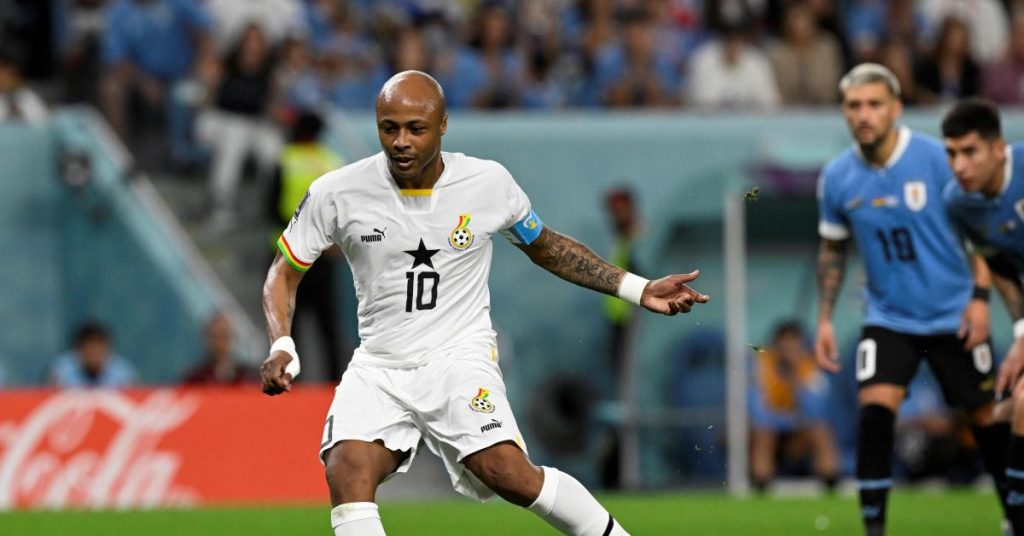 Black Stars captain Andre Ayew has finally broken his silence following his penalty miss against Uruguay on Friday as Ghana crashed out of the World Cup 2022 in Qatar.

The whole continent placed a huge confidence in Ghana after their performance against Portugal (2-3 loss) and their 3-2 win against South Korea.

However, Otto Addo’s team deceived more than one when they completely lost their winning mentality against Uruguay as the revenge idea took over them.

And the one who has been overwhelmed by the 2010 World Cup trauma was Andre Ayew as he missed his penalty in the first half before La Celeeste’s two goals.

Read more : I know what he’s going through – Asamoah Gyan sends Andre Ayew message after his penalty miss vs Uruguay

Speaking to Ghana Football Association (GFA) website, the Al-Sadd player said he’s very sad, but still he is confident for the future.

“We had the opportunity to get to the next stage, I missed the penalty. It’s difficult to take’’ Andre Ayew said.

‘’We did not get it right but I am very optimistic for the future.

“I am sad but we will try and make it better’’ he added.