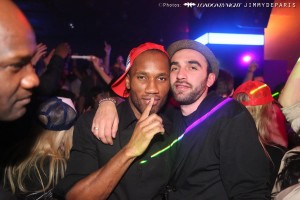 “Fantastic! the job of Dominique Strauss Kahn, ambassador of a Vodka mark with Drogba”, has twitted Vincent Glad, a journalist of Canal+ on Tuesday.
Glad commented on a picture of the Ivorian international in a night club this week-end.
The former candidate at the French presidency, Dominique Strauss Kahn, charged with raping a chambermaid in New York last May could also be found in another nocturnal place surrounded by ladies. 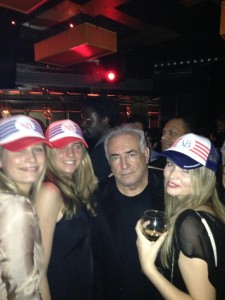 DSK was at Matignon (a night club in a district in Paris), whereas Drogba was to be found in a night club in London.
It was during the launching evening of XB Sex On the Beach (a new Vodka mark).

Is Drogba really preparing the Afcon? At the same time he is said to be on vacation after the end of the season in China.