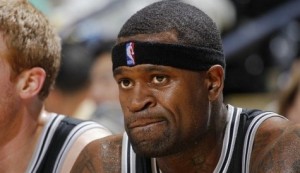 The northern American Basketball League had to amend Stephen Jackson (left photo).
The winger the Spurs of San Antonio was sentenced to a penalty of $ 25 000 for a threatening tweet towards the interior of Oklahoma City,  Serge Ibaka.

During the meeting between the Los Angeles Lakers and the Thunder, Serge Ibaka, the Spanish international of Congolese origin, had a trouble with the winger Metta World Peace Lakers, a friend of Jackson. 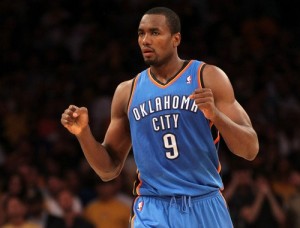 “The next time I see him (Ibaka) I returned him in, I promise, I have had enough of him,” wrote Stephen Jackson in a tweet quickly erased.

The teammate Tony Parker apologized (again via Twitter) “to Ibaka, the NBA and the fans.” “It was moved and childish”, but the damage is done and the League imposed a fine of $ 25 000 or 19 300 euros. 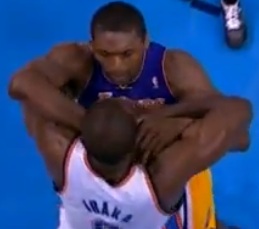