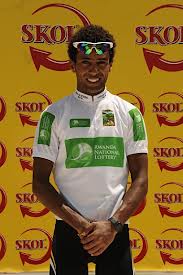 After a very promising start in recent months, the young Eritrean Merhawi Kudus, will start Tuesday Tour of Eritrea at home.

Having celebrated his 18th birthday a few days after Tropical Amissa Bongo where he finished in 18th place in his first confrontation with professionals, he focused on his national tour he would hang straight to his palmares.

This race classified in 2.2 UCI is one of the most mountainous events calendar continental Africa. It is for this reason that young Kudus Merhawi dream finest achievements to his audience.

It was revealed on climbs hills Rwanda in November 2012 where he won a stage and even wore the leader’s jersey before finishing in 6th place in the final standings.

On the roads of Tropical Amissa Bongo, Kudus has been seen to attack every day and he was rewarded with the best climber’s jersey.

“I want to learn the craft and discover the world of work later, he says. I have ambitions as I gradually discovered that I can achieve great things on the bike. I take great pleasure especially in recent months have greatly contributed to my experience. “

Installed in South Africa during the year 2012 to continental Training Centre of the UCI, he was coached by Jean-Pierre Van Zyl who discovers all the young talents of the African continent.

Tour of Eritrea, which begins on Tuesday and ends on February 22 will be the opportunity to test further its progress.