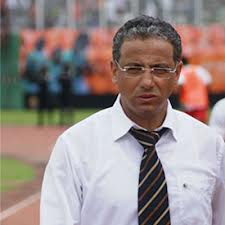 The favorite for the post, it’s him. Coach Adel Amrouche, belgian born  has today been unveiled as the new Coach of Kenya’s Harambee Stars and will be in-charge when the team faces African Champions Nigeria next month in a World Cup qualifying tie.

Amrouche who quit as Burundi’s Coach last February will have a huge task of changing the team’s fortunes and making sure they improve their 126th position in the World according to Fifa, in the continent and in the Cecafa region.

The Belgian who handled Burundi 2007-2012, but quit because of poor working conditions said he was happy to become new coach of Kenya and hoped that all parties will work with him to improve the team.