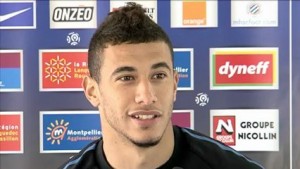 Younes Belhanda, winner of last season in Ligue 1 (France) Montpellier recognizes that with his game as well as his team fell.

“Early in the season, there have been departures and arrivals. But the upheaval does not explain everything, including the state of mind that is not the same as last year. (…) It was a little gentrified after the championship, “said the Moroccan international.

Younes Belhanda knows that his participation in the AFCON 2013 was not appreciated by his fans. The player now has to silence critics in the field: “It’s true, I was a little big on potato critics and supporters whistles. I cut a little starting with the selection, where it went wrong, and I’m back to nine. Critics who have always existed, I pass over the head.I would like people to respect me on the ground. “