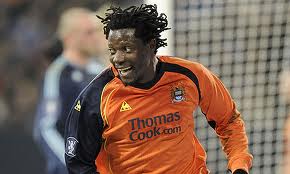 He is the second player Ajax has let go making a move across to Philippi despite having trained with the team. Benjani admitted that he would have signed for Ajax Cape Town if they had approached him earlier.

“I was with Ajax just to keep myself fit for the two days and no one knew I was here for Chippa,” he revealed on Robert Marawa’s show on Metro FM on Wednesday evening.

“I was just happy training with them. If they did approach me I would have signed with Ajax but fortunately I signed with Chippa.

“I wouldn’t have signed at Chippa if I wasn’t happy. I want to do something with Chippa, help them fight for relegation.

“The city is great; I love it here in Cape Town.  I think it will be good for me.”