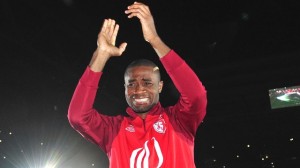 Aurélien Chedjou to Galatasaray, it is only a matter of “details”.

The Cameroonian defender of Lille confirmed his departure for the Turkish league after the 38th day of League 1, on the micro of Canal +.

“The discussions are advanced. It is only a matter of details. I should get hire for four years, “said Chedjou, who played his last game on Sunday in the colors of LOSC on the occasion of receiving the AS Saint-Etienne (1-1).

The vice-captain of the Danes was particularly excited at the time to say goodbye at the Grand Stadium “A big page is turned for me. I let six years of my life behind me. I hope to return. I wanted to try a new adventure. “