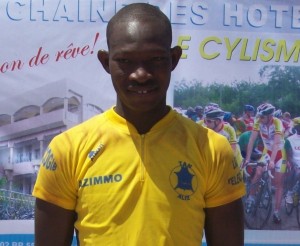 The most grueling cycling competition of the African continent was in its fourth edition on 24 and 25 May. Ouedraogo has completed the 421 700 km in 14h 35min 27 seconds at an average of 28.901 km / h. He beat his compatriot Salfo Bikienga (2nd) and Abdul Aziz Nikiéma (3rd).

Rasmané Ouedraogo won a trophy, a computer, a motorcycle and 1 million FCFA.