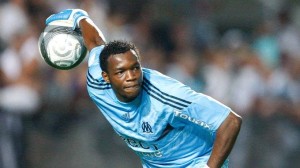 For its 5th friendly match (Sion, Porto, Wolfsburg, Parma and Sampdoria) before the resumption of Ligue 1, Marseille bowed again. The Phoenicians showed some excitement in the defense against Sampdoria 4-3.
The first half of the meeting was in favor of the Italians 3-1. The Marseille captain Steve Mandanda was keen to show his displeasure.
“The first half worries me because we are not at all in it. Everyone does his games on his side for concede three goals quickly enough, among which two are similar. In the second half we were much more of a team. After when we start with such a big handicap, it’s hard to win games. We will remember this game because it sums up the football. When being complacent, it is clear that it is complicated, “said the Olympian after the meeting.

The first day of the League 1 starts next weekend and Marseille will play on the lawn of Guingamp.