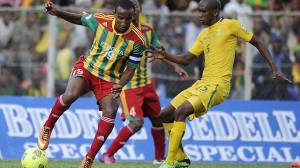 The continent will vibrate all the weekend for the last day of World Cup 2014 qualifying. Some tickets have already been distributed (Algeria, Egypt, and Ivory Coast). But the last seven remaining will pull in duels which will probably be put into records. Overview.

It’s a duel to the distance between Ethiopia and South Africa. For some, this last day counts for nothing . But administrative errors of Walya Antelopes revived the debate. While they should face Central Africa, the Bafana Bafana received Botswana. One goal: to win and wait for a fake Ethiopia.

Tunisia could spend one last weekend of quiet playoffs if Equatorial Guinea had not naturalized its players without proper regulation. Cape Verde revives in the group and advances towards the Carthage Eagles. The meeting promises: the winner goes on. Meanwhile, the National Nzalang will move to Freetown in Sierra Leone. 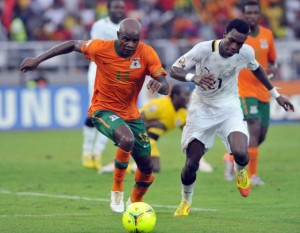 Group C: for the show at Felixia

The dice are loaded since the last days. So, for the Ivorian public, it will be to attend a good show with the added bonus of Didier Drogba for the first game from the fiasco of the Afcon 2013. Faced with a Moroccan team in reconstruction. Tanzania, the next surprising team of the continent will evolve without its two aces against Gambia .

The match has already begun behind the scenes. On Wednesday , the plane of the Chipolopolo was delayed to land in Ghana because of a ban on landing in Kumasi . A situation that has put Zambians in a daze . This will spice up the big shock of the last day with Ghana that has rediscovered its stars (Michael Essien , Andre Ayew and Prince Boateng ) . The game will be played tomorrow.

Both meetings are critical. While Congo moves to Niger, Burkina Faso hosts Gabon. The Red Devils and the Stallions can still qualify as the Panthers remain in an ambush and can expect with a victory in Ouagadougou. It promises.

The attraction will be the match Nigeria-Malawi. Powerful encounters since Stephen Keshi and Tom Saintfiet have exchanged bitter words through the media. The opportunity for them to battle through tactical choices.
September 7 in Calabar: Nigeria – Malawi
September 8th in Nairobi: Kenya – Namibia 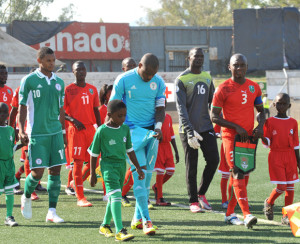 Egypt passed quiet qualifications. Five games, five wins and a resounding 15 points. No formation of the continent did better. So, with the ticket of the playoffs in his pocket, the Pharaohs can wait calmly for Guinea on Tuesday in El Gouna .

Algeria has made the perfect course. With 12 points, the Desert Foxes already have their ticket to the next round. The receipt of Mali is an opportunity for Halilhodzic to introduce his new binational recruits (Belfodil, Taider , etc. . ) . Benin Cotonou will applaud Stephane Sessegnon who has just completed one of the successes of the summer transfer against Rwanda.

The focus will be especially on the side of Yaounde where Samuel Eto’o is expected to wear anew his suit of savior his beloved Cameroon. But beware , Libya, leader of the group , is still undefeated in the playoffs. In Lome , the Hawks plucked (0 success in 5 games ) expects a very pale selection of DR Congo . 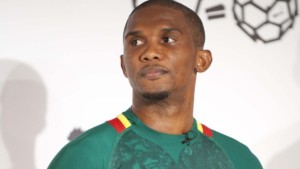 Finally , Senegal will be far from its land. No need to start the motivation of the Lions of Teranga . Especially the game against Uganda does not count for nothing. The winner will be the precious for the play- offs.

So what meeting touches your heart? Make your predictions for the final teams and express yourselves in the comments.