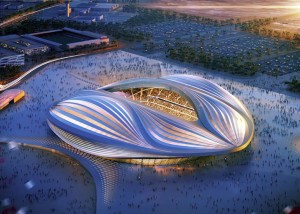 The controversy arose from the organization of the World Cup 2022 in Qatar is far from being over. And while the Asian oil giant is subject to criticism following talks related to working conditions of workers in the construction of stadiums for the tournament, another Asian country reaches out to host the event.

When both parties are in conflict and do not seem to find agreement, usually it is the third thief who becomes tiebreaker. Thus, Japan has volunteered to organize the 2022 World Cup instead of Qatar. A way to dispel any criticism.

“If FIFA is seeking another country, we have stadiums that would meet the criteria to host the World Cup. We are going to host the 2020 Olympic Games and if we have the opportunity, we would also like to organize it (the World Cup), but I do not know if there is a chance that we get it,” launched the President of the Japanese Federation, Kuniya Daini.