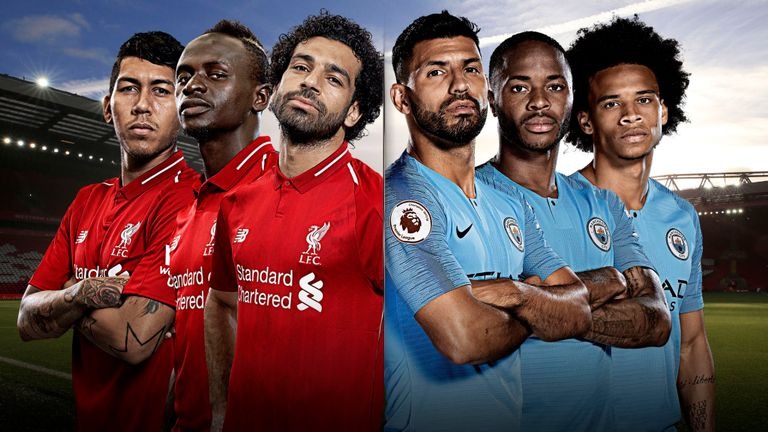 The second on Premier League table, Manchester City, receive the Liverpool champion for a gala match this Thursday as part of the 32nd game-week of the English top-flight.

The outgoing champion will welcome the new Premier League winner to the Etihad Stadium. Due to it defeat on the lawn of Chelsea last week (1-2), Manchester City has indeed offered the title on a plate for Liverpool. Although it remains 7 games before the end of championship.

Even if City has a good margin, this clash is important in the race for second place. A victory could put them in a very good position before the last days. Indeed, the Cityzens have accumulated 23 points behind their opponent of the day. Therefore, they’ll no longer be able to join them. Despite a very decent season (20 wins, 3 draws, 8 defeats).

For Manchester City, the Argentinian goleador Aguero is still out of fields. He should not play anymore this season. But Brazilian midfielder Fernandinho will be back from suspension. In the absence of Aguero, Gabriel Jesus (10 goals) should once again be aligned to the forefront of the Sky-blues attack alongside Sterling (12 goals).

Liverpool finally got the 19th title in its history, the first in 30 years. Liverpool are no longer playing anything, but this is the first time the Reds have won this title on the field, and we do not see them giving this match to their rivals.

As for the Reds, this game will therefore have no other stake than prestige. Absolutely imperial throughout the season, the Reds have flown over this championship. Having an extraordinary record of 28 wins, 2 draws and a single defeat suffered in 31 days.

Jurgen Klopp still has to do without the precious James Milner and the less important Clyne. Matip and Shaqiri remain stranded in the infirmary. As often, the infernal trio composed of Salah (17 goals), Mané (15 goals) and Firmino (8 goals) should be established.

If the outcome is hard to predict, we start on a match with goals, and therefore the two teams that score. As for bets, you can choose more than one at a time. First, the overall performance is more than 3 in total for 1.89 in 1xBet apk. I also want to put City on individual indicators.

First, the scenario in which City will score in the two halves is very likely. I think City will be different at least twice in this game – the total is greater than 2 for 2.59.