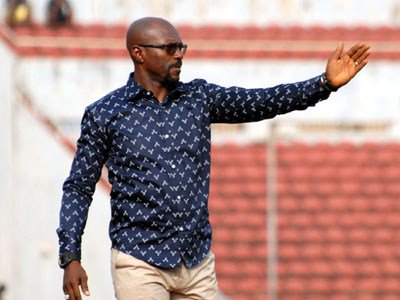 Nigeria Professional Football League (NPFL) side, Abia Warriors of Umuahia have announced the signing of  Coach Imama Amapakabo as their new manager ahead of tnr 2020-2021 season.

Amapakabo is regarded as one of the best coaches in the NPFL and have experience coaching top teams in the league.

He will take over from Willy Udube who had occupied the position on interim basis following the departure of Emmanuel Deutch.

The 51-year old who was once a striker before he took up the gloves was part of the Golden Eaglets team that won the first edition of the FIFA U17 World Cup in China and was the second choice goalkeeper for the team.

Amapakabo began his coaching career in his own State Rivers, where be coached the defunct Sharks FC now Rovers United..

He managed Rivers United for them years before he was axed.

The height of his coaching career was when he guided Rangersbto win the NPFL title for the first time after three decades in 2016.

Following his success story with the Flying Antelopes, he was appointed as Head coach of El Kanemi Warriors in 2017 for a year contract.

Amakapabo was elevated to become the Head coach of the Nigeria U23 National team in 2019.

He will be expected to bring his vas experience to the club and help them fight for a continental ticket next season.

Abia were 16th on the NPFL league tabel before it was suspended due to coronavirus pandemic in March.