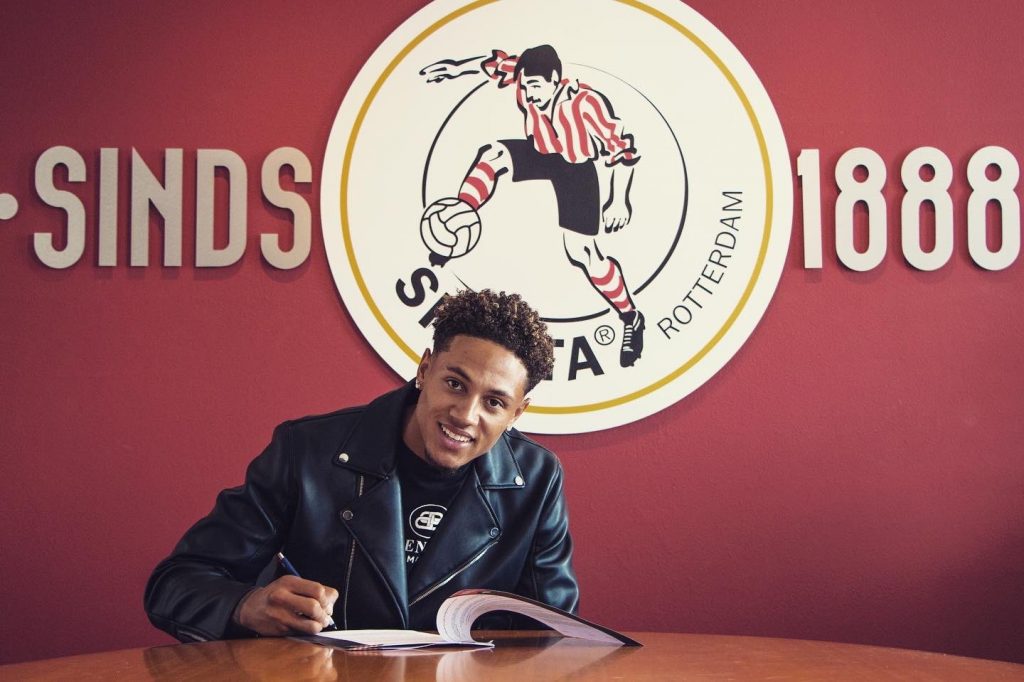 Super Eagles goalkeeper Okoye Maduka is glad to begin a new chapter in his career after joining Dutch Eredivisie side, Sparta Rotterdam.

Okoye signed a two-year contract with the Rotterdam on Monday from German club, Fortuna Düsseldorf.

The goalkeeper who was barely used by Dusseldorf, expressed joy to have joined the Sparta family.

He took to his Twitter to after signing the dotted lines.

He wrote; “New Chapter in my Career. Happy to be part of the Sparta family! #eredivisie.“

Rotterdam in a statement on its official website also confirmed the move.

The statement reads, “Sparta Rotterdam has strengthened itself, with the exception of the medical examination, with Maduka Okoye.

“The twenty-year-old goalkeeper comes over from Fortuna Düsseldorf transfer-free and signs for two seasons, with an option for another two years.

“Okoye, who holds both a German and Nigerian passport, made his debut for the Nigerian national team in November 2019, in a friendly match against Brazil.

“With Maduka we bring in a great talent,’ says Henk van Stee, ‘who has a lot of potential.

“He was in the interest of several clubs from different countries, but he believes he can take the next step at Sparta.

“We believe he can be of value to this club and are happy that he signed here.”

Sparta Rotterdam finished 11th on the league table in the abridged Dutch League.