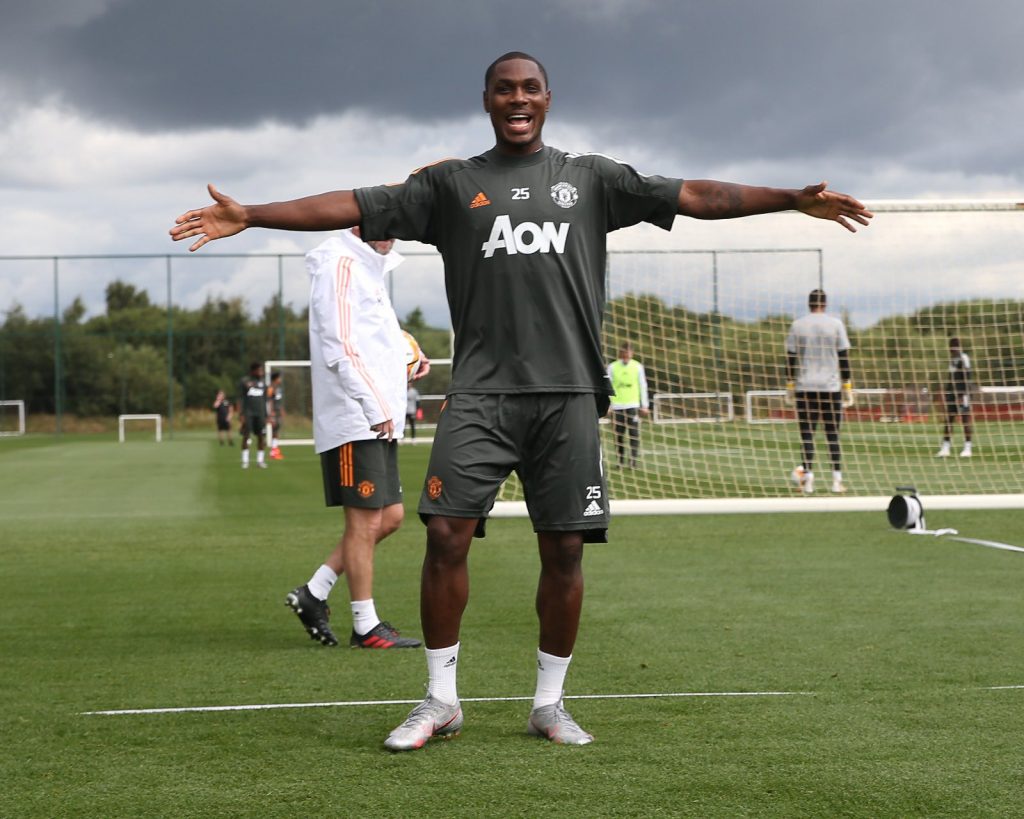 Nigerian international Odion Ighalo will be hoping to end his goal drought for Manchester United ahead of their Europa League game against Coppenhagen.

Manchester United will take on the Dane side on Monday night in the one-leg Europa League quarter final at the Stadion Koln, Germany.

Ighalo who featured 90 minutes in the second leg of the round of 16 game against LASK at Old Trafford failed to score.

The forward last scored for the Red Devils in the first leg of the Europa League round of 16 against LASK in March.

He was starved of playing time in the second half of the just concluded 2019-2020 Premier League season coming mostly as a late minute substitute.

The on-loan Shanghai Shenhua striker was part of Ole Gunnar Solksjaer squad that travelled to Germany.

Ighalo ended the 2019 season without scoring a singe goal but has scored five goals for the Red Devils in the FA Cup and the Europa League.

Last week he failed to break the record of becoming the first player to score in each of his first five competitive starts for United.

The former Watford striker had equalled Jimmy Hanson record 95 years record after scoring against Norwich in the quarterfinals of the FA Cup.

The forward shared a picture of his training session with rest of the team ahead of the game.