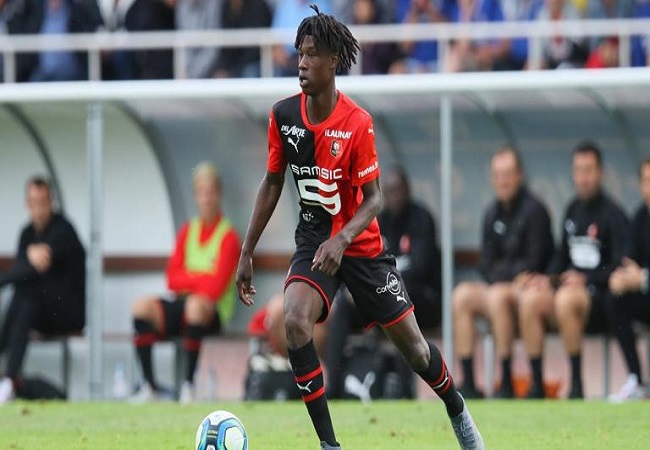 After Aouar, another promising player escapes Africa. Of Angolan origin, Eduardo Camavinga decided to represent France. He has since become a French international in the A’s. At a press conference, Didier Deschamps justified his choice.

He is one of Deschamps’ new features. Called to the French team after Paul Pogba’s unavailability (tested positive for Coronavirus), Camavinga will discover the deep end at the national selection level. He will take part in the next two encounters of the Blues in the League of Nations. In front of the press this Thursday, the coach did not hesitate praising the star from Stade Rennais.

“I know his coach well (Julien Stéphan). We will have information (about his physical condition). This happens maybe too early. He will be with us. He has an influence. He is able to do things at a young age. He has the potential to be part of the group. It is a pleasure to have him with us.” He said.

Everything went very fast for Eduardo Camavinga. He was revealed in Ligue 1 this season. He received the French nationality, called in France U23 team. And now he has become French international.