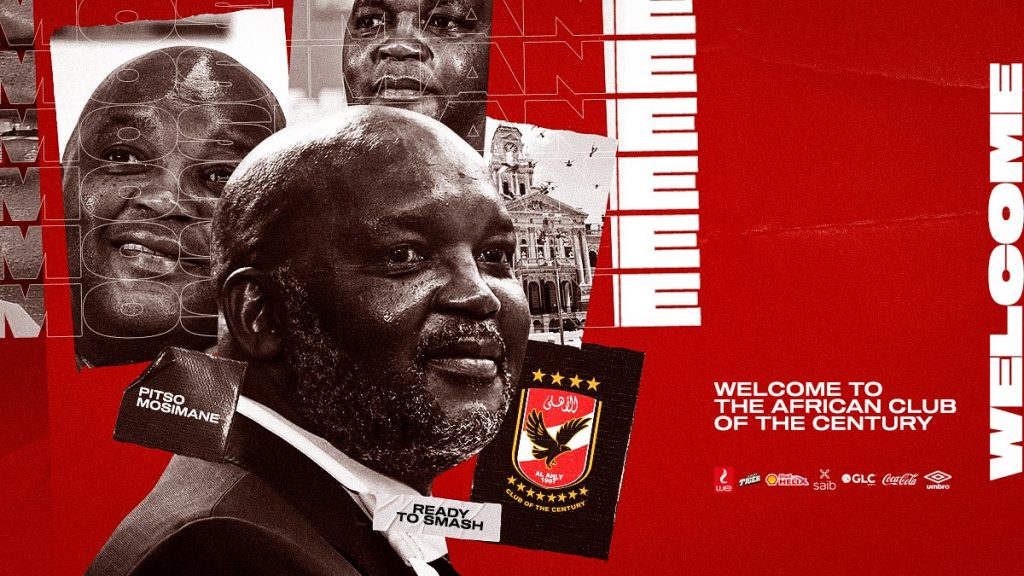 It is done. Egyptian Premier League giants Al Ahly have announced that ex-Mamelodi Sundowns coach Pitso Mosimane is their new manager for the next two seasons.

Al Ahly puts an end to 24 hours of suspicions by announcing that Pitso Mosimane will be their new head coach for the upcoming two seasons.

Pitso told Mamelodi Sundowns officials that he is leaving on Wednesday and received the approval of the Brazilians’ chairman Dr Patrice Motsepe. Before he landed in Cairo at night.

It is reported that Pitso Mosimane is the first Black African coach to take over Al Ahly as head coach.

“The Real Pitso” will lead three remaining games in Egyptian Premier League for Ahly before facing his main target which is to win the CAF Champions league with Mahmoud El Khatib’s club starting from semi-final clash against WAC Casablanca (October 17).