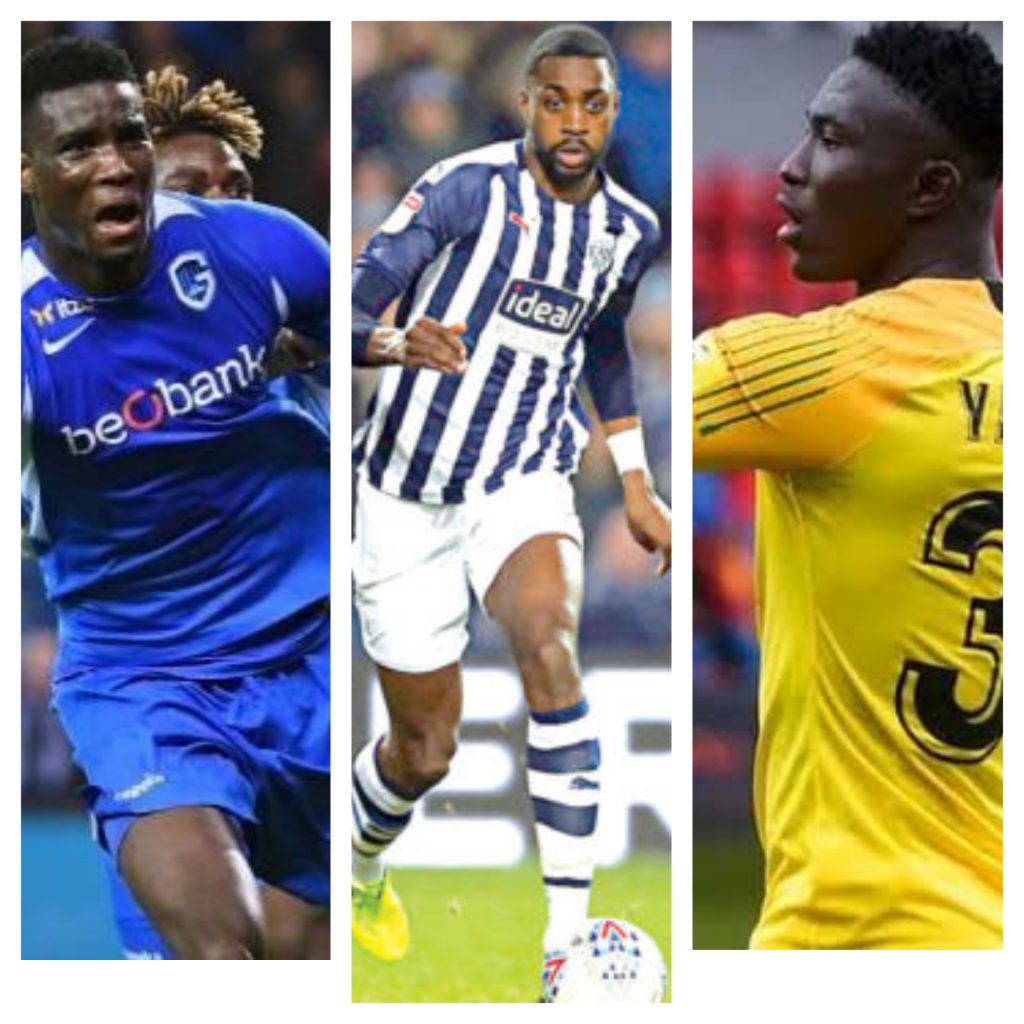 Super Eagles of Nigeria returns to international football this week ahead of the friendlies against Algeria and Tunisia in Austria October  9 and 13th respectively.
Gernot Rohr invited 25 players for the two games which will be the first since almost one year that the Super Eagles played.
The last game before the COVID-19 pandemic was against Brazil in October 11 that ended 1-1.
With the Super Eagles camp set to come alive latest Tuesday, Africa Top Sports monitored the performance of all the players invited by Rohr.

Read Also:Okoye Eager To Return To The Sticks For Super Eagles

Wilfred Ndidi and Victor Osimhen has been ruled out of the games and replaced with Tyroone Ebuehi and Paul Onuachu respectively.

Three goalkeepers were called up by Rohr; Dele Alampasu, Matthew Yakubu and Maduka Okoye.
Only Matthew Yakubu was in action for SKF Sered in the Slovak Super Liga as his team played a 1-1 draw against Michalovce.

Leon Balogun was in action for the whole duration a Rangers maintained their unbeaten streak in the Scottish Premier League.
Balogun has since Matchday 3 sidelined due to injury and his involvement will be a positive vibes for Rohr.
William Troos-Ekong was not handed his Watford debut after joining the Sky Bet Championship side from Udinese last week.
The former Bursaspor defender watched as Reading defeated Watford 1-0.
Semi Ajayi made his fourth appearance in the Premier League for West Brom who are yet without a win.
The defender played for the whole 90 minutes as Southampton best the Baggies 2-0.
Ola Aina made his first Premier League debut for Fulham since joining from Torino.
Aina played throughout the whole duration as Fulham lost 1-0 at the Molineux Stadium to Wolves.
Kenneth Omeruo played full time as Leganes lost their second game of the season to Castellon in the Spain Segunda.
Chidozie Awaziem put up impressive performance for Boavista who played out a 1-1 draw with Moreirense in Portuguese League.
Awaziem featured in the whole duration a Boavista picked their second draw of the season.
Jamilu Collins was not listed in Paderborn squad that played a 0-0 with
Heidenheim.
The defender is on the verge of departing the Paderborn.
New invitee, Zaidu Sanusi was unused substitute for Porto who loss 2-3 at home to Maritimo.
Tyroone Ebuehi played for FC Twente for the whole duration in their 1-1 draw against FC Emmem.

Mikel Agu played 90 minutes for Vitoria Guimaraes who defeated Pacos Ferreira 1-0 at home.
Frank Onyeka did not travel with Midtjylland squad that held Horsens 2-2 in the Danish Super Liga.
Oghenekaro Etebo first full game with Galatasaray ended with a disappointing 1-0 to Kasimpasa in the Turkey Super Lig.
It was a disappointing result for new invitee Samson Tijani and his teammates who suffered a 7-1 loss to Red Bull in the Austrian Bundesliga.
Tijani played for 75 minutes before he came off for Yoda.

Alex Iwobi was instrumental for Everton who maintained their unbeaten streak in the Premier League.
Iwobi came off the bench for injured Richarlison in the 25th minute and assisted James Rodriguez who scored a brace on the 4-2 win over Brighton.
Captain Ahmed Musa was missing in action as Al Nassr loss 3-5 to Perspolis and failed to reach the AFC Champions League.
Samuel Kalu was on target for Bordeaux who bounced back to winning with a 3-0 win against Dijon.
Kalu was paired alongside compatriot Josh Maja.
He scored in the 29th minute before coming off for Bakwa in the 77 minutes.
Moses Simon played for 69 minutes as Nice pipped 10-man Nantes 2-1 on Saturday Ligue 1 game.
Samuel Chukwueze came in as a 72 minutes substitute for Villarreal who held Atletico Madrid to goalless at the Wanda Metropolitano.
Paul Onuachu proved why he is the perfect replacement for Victor Osimhen as he scored for Genk in their 1-1 draw against Waasland Bevereen.
His compatriot Cyril Dessers joined the fray in the 55th minute coming in for Thorstvedt.
Kelechi Iheanacho was part of Leicester City squad that lost 3-0 at the King Power Stadium to West Ham United.
Iheanacho replaced Ayoze Perez in the 64th minute as the Foxes unbeaten run came to an end.
Chidera Ejuke made a cameo appearance for CSKA Moscow who defeated Ural 2-0 away.
The forward is one of the new players invited by Rohr for the friendlies.
He came in added time for Tiknizyan.