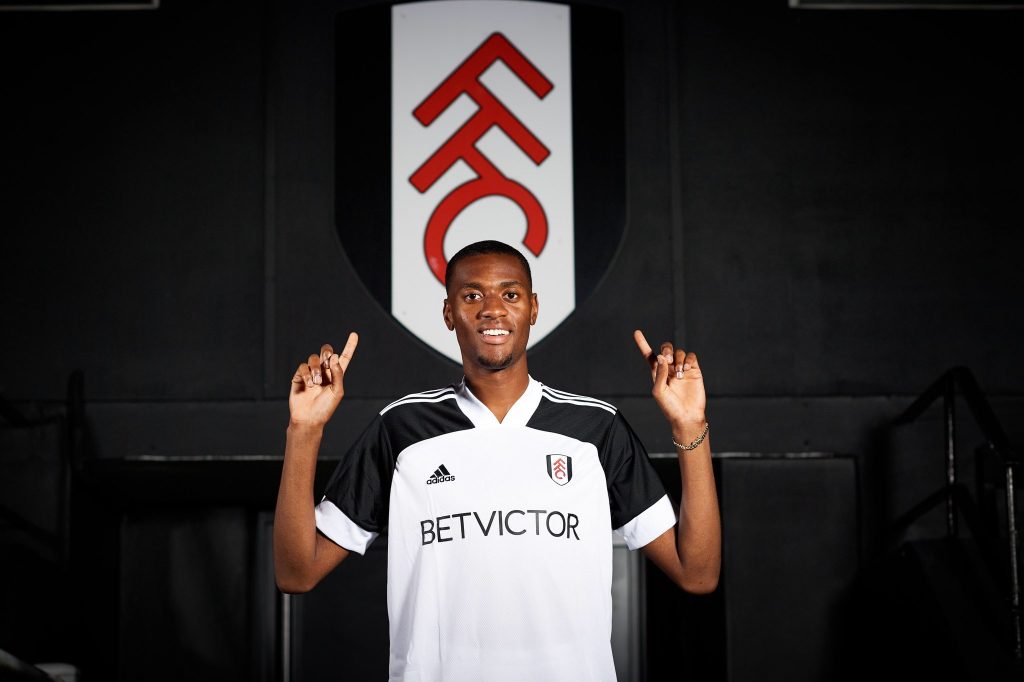 Nigerian international Tosin Adarabioyo says he is wants to start a new chapter in his career after joining Fulham from Manchester City on transfer deadline.

Adarabioyo will play alongside Ola Aina and Ademola Lookman after he signed a three-year deal with the Cottagers.

The defender after signing took to his social media to express his delight and readiness for a new chapter.

“I’m very grateful to start this new chapter in my career as I sign for @FulhamFC.

Fulham on Monday confirmed the signing of the former Manchester City defender on a permanent deal.

Fulham wrote on its official website, “The Club is delighted to announce the permanent signing of centre-back Tosin Adarabioyo from Manchester City.

“A powerful and athletic defender, 23-year-old Adarabioyo has agreed a three-year deal at Craven Cottage,

with Fulham holding the option to extend by an additional 12 months.

Adarabioyo who is willing to play for the Super Eagles told www.fulhamfc.com, “I’m very excited, very excited to get going and finally be playing Premier League football.

“I felt like the time was right to leave the [Man City] and push on.

“It was the right time in my career to move on and hopefully get a lot of Premier League games.”

“I’m very excited to announce the addition of Tosin Adarabioyo to Fulham Football Club on a permanent transfer from Manchester City!

“Tosin has developed as a player and grown into a formidable defender out on loan to the Championship the past two seasons,

where we saw his contributions at Blackburn Rovers first hand last season during our promotion campaign.

“Tosin has received positive ratings from our data team and our coaches,

and most importantly Tosin himself badly wanted to join us, and he will come in and fight for our Club! Come on Fulham!”

Born in Manchester, Adarabioyo has spent most of his life at City,

progressing through the age groups at such a rate that he was made Under-18s captain aged just 16.

His first team debut for the club came in the FA Cup in February 2016,

and he leaves with eight City appearances to his name, four of which came in the Champions League.

Adarabioyo’s first prolonged spell of senior football came when he was loaned out to West Bromwich Albion in 2018/19,

featuring 36 times as the Baggies reached the Play-Offs.

He was back in the Championship the following season,

excelling as part of an impressive Blackburn Rovers side who were in contention for a Play-Off spot after the restart.