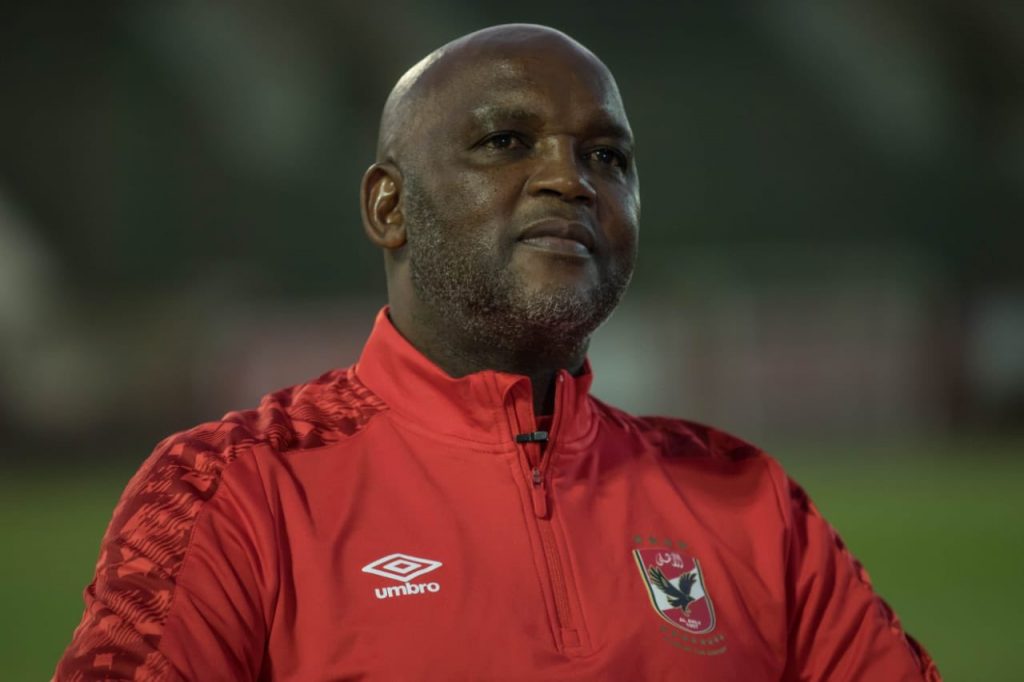 Al Ahly manager Pitso Mosimane called upon his players to stay focused on the upcoming CAF Champions league final as he targets the trophy with the Cairo outfit.

Al Ahly have knocked out Wydad Casablanca in the semi-final with the men of Pitso Mosimane scoring five goals in the two legs while conceding just one.

“The Wydad match was difficult, but we won after a good job, especially in Morocco, and we have to finish what we started here at home,” Mosimane told Al Ahly TV.

“The good thing in both games is that we scored early goals in Morocco and in Cairo as well.

“We are currently waiting for the team that will face us in the final, but things are still difficult. We only reached the final, but we still didn’t win the tournament.” he added.

Moreover, Pitso asked Red Devils fans to be patient as he is the process of applying his style of play with the team. Though he is seeing already positive results.

“The fans have to be patient, I am trying to apply my philosophy and the way I play with the team. I see improvement in every game and we will need more time, which we don’t have enough of now.

“In the next season, I will work on improving the performances even further. After all, I’m new here, so we have to be patient,” he said.

In addition, Al Ahly are yet to know their opponent for the final game (6th November) as Zamalek and Raja Casablanca will play their return leg on November 1. Zamalek won the first leg 1-0.