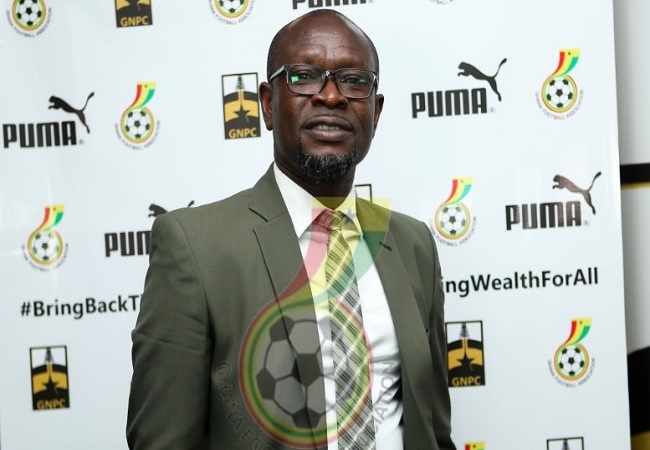 Ghana lost 0-1 to Sudan in their 2021 AFCON qualifier on Tuesday on the matchday four away in Omdurman. Mohamed Abdelrahman scored in the additional time to secure all three points for the hosts at Al Hilal Stadium.

Ghana, nonetheless, top the table in Group C with 9 points alongside South Africa after four rounds of matches. And Ghana coach CK Akonnor believes his team “did well“.

“Overall, I think we did well. We lost to a team that showed more hunger than us,” Akonnor said after the game.

“If I look at the way we played in Ghana and the way we played here, I feel there is a bit of improvement in terms of containing pressure and all that. The players fought under uncomfortable conditions like the weather. And the Sudanese tried to frustrate us before the game and I appreciate the player’s effort.

“The Sudanese players were hungrier than us. We will learn from the mistakes we did today and we’ll do well against South Africa and Sao Tome and qualify. I strongly believe and I can assure Ghanaians that we’ll do our best to qualify.”

On Tuesday, Ghana had to do without a host of key players due to injury setbacks and suspension.

Captain Andre Ayew, who scored twice in the 2-0 matchday three home win over Sudan, missed the reverse tie due to injury.

First vice-captain Thomas Teye Partey was also absent due to an injury. Mohammed Kudus also missed the matchday four fixture due to fitness issues. The situation was not any different from that of Real Mallorca midfielder Iddrisu Mohammed Baba.

Ghana second-vice captain goalkeeper Richard Ofori was also suspended for the game due to his accumulation of yellow cards.

“Those who had the chance to play did their part. But unfortunately it wasn’t enough for us to carry the day,” Akonnor added.

“Of course we played without many key players, the likes of the captain, Kudus and other people. And so looking at all this, I believe that we did well.” Concluded the coach.

Ghana will play away to South Africa in their next game of the qualifiers in March 2021. They will then close the group with a home tie against bottom-placed Sao Tome and Principe.