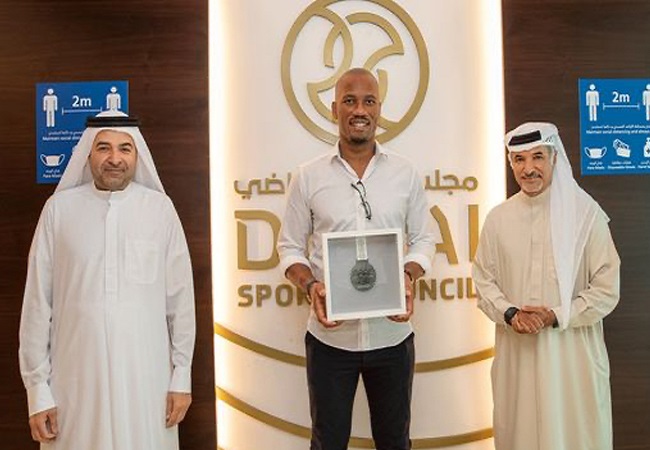 Didier Drogba still has been collecting titles even after his football career. After his recent UEFA President’s Award, the former Chelsea striker has just received a new trophy, this time in Dubai.

It is the “Medal of First Line of Defence”. An award he won in the United Arab Emirates for his commitment and support in “Be Fit, Be Safe” campaign.

This campaign was initiated by the Dubai Sports Council which mission is to help people, to strengthen their immune system. All this through the practice of exercise at home. Sport Ivoire told us.

Drogba gave them a boost, sharing their videos on social networks.

The travel also allowed him to visit the premises of Dubai Sports Council.