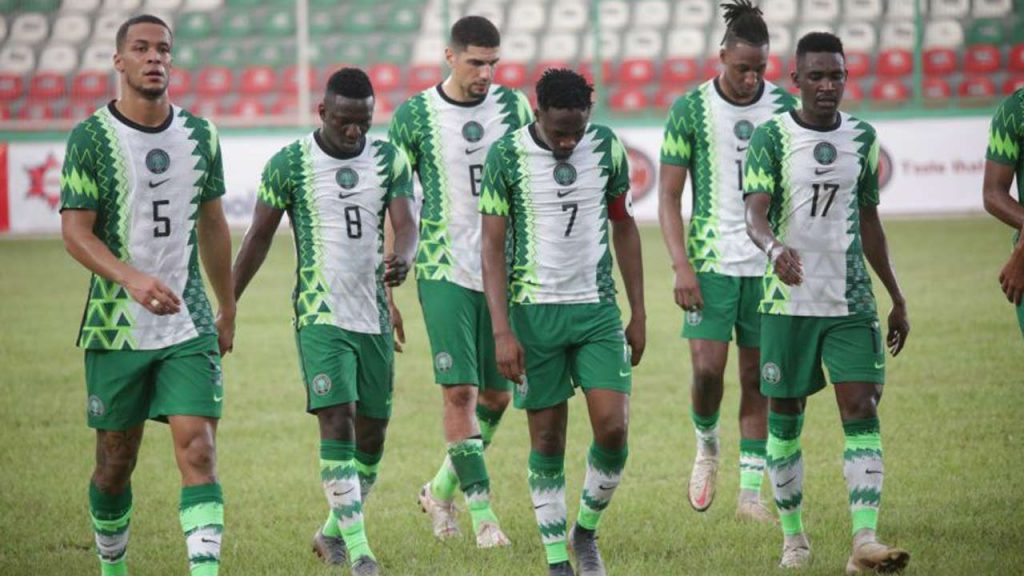 The Super Eagles of Nigeria again dropped three places as they moved from 32nd to 35th in the latest FIFA/Coca-Cola World Ranking released on Friday.

The Super Eagles failed to win any 9f their last four games since the return of football in Africa.

The rankings which was released on FIFA website saw Nigeria remain fourth in Africa.

The Eagles’ poor ranking is not a surprise as they have failed to win any game since October.

The three time Africa champions hope of picking an early ticket for the 2021 AFCON was dented by Sierra Leone.

In the first-leg in Benin the Eagles squandered a four-goal lead to draw 4-4 against the Leone Stars.

And in the reverse fixture in Freetown, both teams settled for a 0-0 draw.

In the continental ranking, the Teranga Lions of Senegal moved up one spot to twentieth in the world and remain number in Africa.

Tunisia remained 2nd on the continent and 26th globally while reigning African champions Algeria dropped one spot to 31st and third in Africa.

However, the biggest climbers this month are two other African sides: Equatorial Guinea (134th, +10) and Burundi (138th, +10). The former shone in back-to-back victories over Libya (111th, -9) in AFCON qualifying, while the latter first drew and then beat Mauritania (101st, -3) in the same competition.

There were no modifications in the top five in the world as Belgium, France, Brazil, England, and Portugal retained their first, second, third, fourth and fifth locations respectively.

The subsequent FIFA/Coca-Cola World Ranking will be released on 10 December 2020.