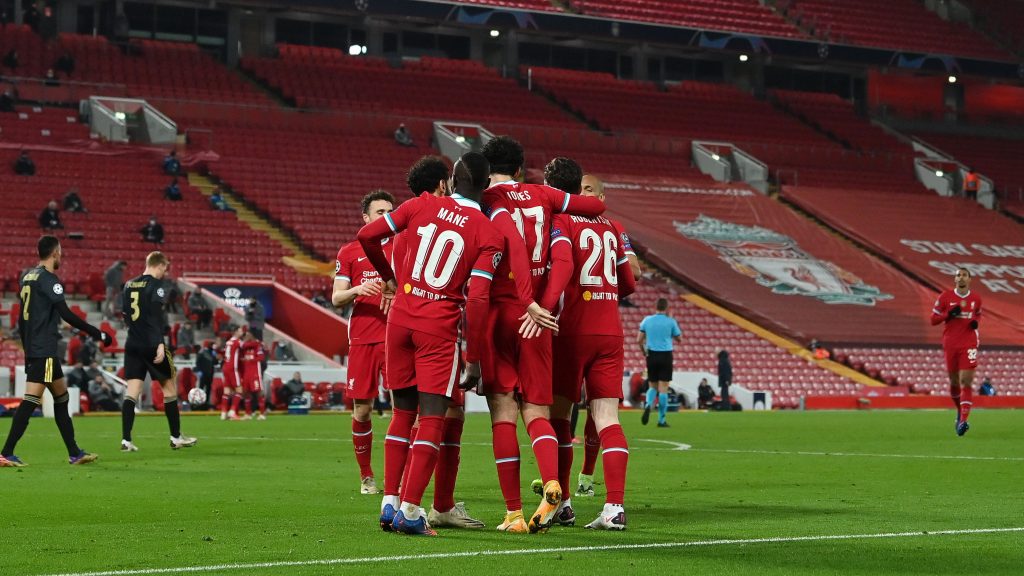 Liverpool brought Ajax 17 unbeaten away streak in the UEFA Champions League to an end following a 1-0 win at Anfield.

While in Kiev, Real Madrid were stunned 2-0 by Shakhtar Donetsk as they will now have to wait till the last day of the group games to decide their fate.

Africatopsports.com gives you a round up of Tuesday Champions League matches played across Europe. 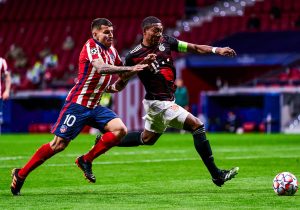 Reigning champion Bayern Munich continued their quest to successfully defend the title with another astounding performance.
The Bavarians having secured their place in the round of 16 still refuse to back down against Atletico Madrid.
João Félix goal was levelled by substitute Thomas Muller who scored from the spot to deny Diego Simeone side the victory that could have seen them pick the remaining Group A ticket.

Austrian champions Salzburg kindled their hope of reaching the knockout with their first Group A win against Lokomotiv Moskva in Russia.

Mergim Berisha scored twice in the first half to put them in control Salzburg in control before substitute Anton Miranchuk halved the deficit with a penalty in the 79th minute for Lokomotiv.

Karim Adeyemi came off the bench  to skip through the home defence and fire in the clincher two minutes later to restore Salzburg two goals lead.

Their destiny is now in their hand to reach the last 16 when they host Atletico Madrid in the final group game. 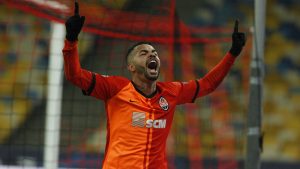 Real Madrid are on the brink of exiting the Champions League group stage for the first time in their 24 appareances.

The Los Blancos we’re hapless as Shakhtar completed a Group B double over them in Kyiv.

Goals from substitutes Dentinho and Manor Solomon was enough to put Luís Castro’s side ahead of Madrid in the standings going into Matchday 6.

Inter can now think of qualification to the round of 16 thanks to a Romelu Lukaku double against Monchengladbach.

Lukaku was instrumental for Inter as he was involved in the move that led to Matteo Darmian’s opener.

Monchengladbach free back through Alassane Pléa’s who scorer a header on the stroke of half-time.

Lukaku restored the visitors’ advantage and then tapped in Achraf Hakimi’s cross to make it 3-1. Pléa pulled one back and had another ruled out to ensure Group B will go to the wire.

The victory now leave the group wide open until the final group game. 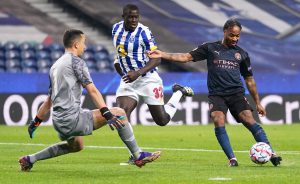 Porto goalkeeper Agustín Marchesín’s performance kept his side from losing at home against City.

The goalless draw will be the first time Manchester City failed to score in the Champions League in 14 matches, last drawing a blank when they lost 1-0 at Tottenham in the first leg of their quarter-final in April 2019.

Dimitri Payet scored twice from the spot to ensure Marseille come back from a 1-0 deficit and snatch a 2-1 win against Olympaicos.

It was Marseille’s first win to end  a record-breaking run of 13 straight Champions League defeats stretching back to 2012.

With Porto and Manchester City already secured the tickets for the knockout stage, both teams will only be vying for a Europa League place. 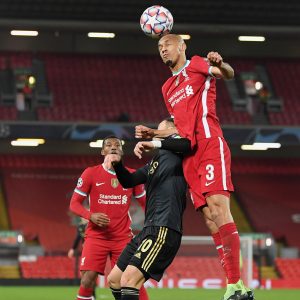 Liverpool put an end to Ajax 17 away unbeaten run and earned a qualification ticket courtesy of a neat finish from Curtis Jones.

After losing to Atalanta on Matchday 4, Liverpool were condemned to win.

A pulsating encounter at Anfield saw both side missed clear cut chances but it was Jones who stole the show.

Midtjylland got their first point in the UEFA Champions League season following a 1-1 draw against Atalanta.

Alexander Scholz fired the visitors in front as they put up a compactive defensive performance to contain Atalanta attacking threat.

But Cristian Romero’s 79th-minute header saved Atalanta from another loss at home.

The Italian side have won just one game at home this season in the UEFA Champions League.