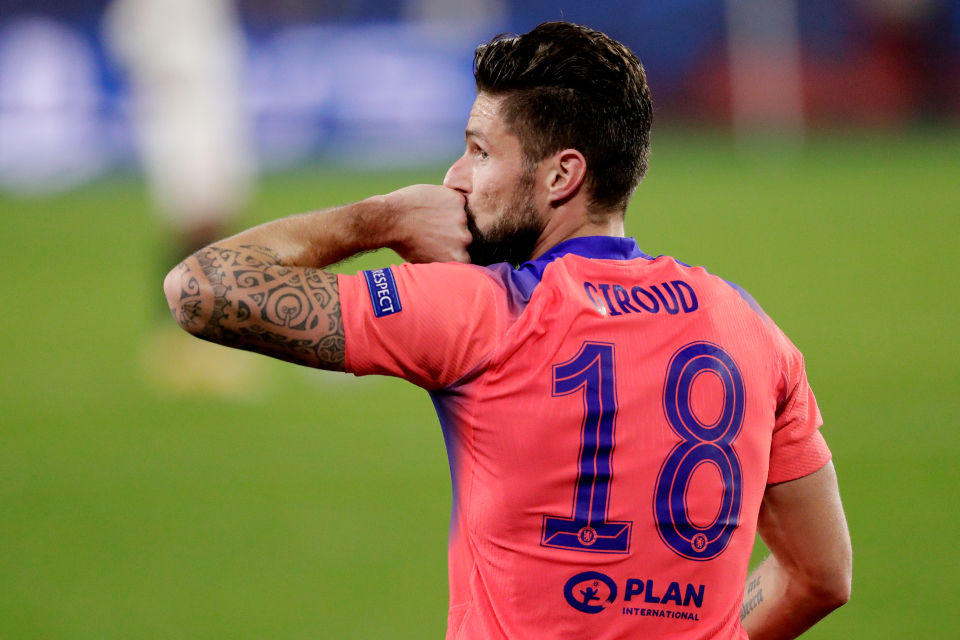 Wednesday night have been one of the best Olivier Giroud has never had as the French forward scored four goals to hand Chelsea an honorable 4-0 win over Sevilla on matchday 5 of the UEFA Champions League.

By making this exploit, Giroud who is Chelsea’s forward having the least playing time stunned football pundits and fans around the globe.

In fact, Futaa reveals the ex-Arsenal star is just the second Chelsea player to score a hat-trick for Chelsea in the history of UEFA Champions league.

Furthermore, he is also the second Blues player to score four goals since Frank Lampard in March 2010.