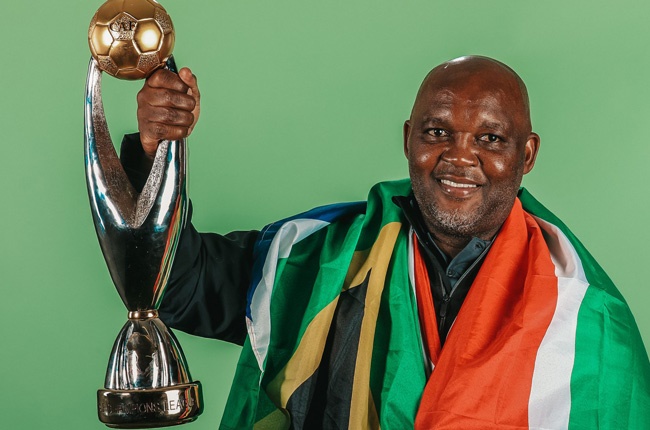 Pitso have just joined Al Ahly in October 2020 and inspired the Cairo-based outfit to a treble-winning season.

As they are preparing for Club World Cup in Qatar, Ahmed Salah Hosny showed admiration towards the South African tactician.

“I was proud to watch the CAF Champions League final between two Egyptian teams,” Hosny said, per KingFut.

“Even if Zamalek had won, I would be upset, but would still be proud as two Egyptian teams reaching the final is a victory for the Egyptian football.

“I admire Pitso Mosimane and I view him as an in-field coach.

“I got optimistic when he signed for Al Ahly, and he proved me right in the CAF Champions League final,” he added.