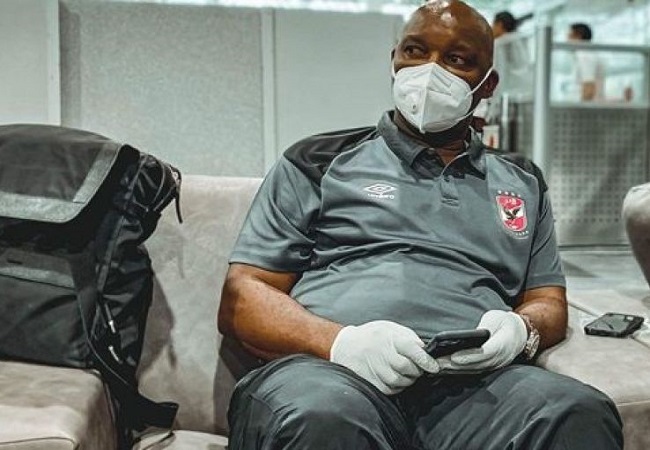 Al Ahly FC coach Pitso Mosimane has said he was comfortable with the presence of the Egyptian club’s president Captain Mahmoud El Khatib at the Fifa Club World Cup.

The South African coach said the presence of the club’s president at the tournament in Qatar was a source of motivation.

“Captain El Khatib doesn’t interfere at all in the technical issues and cooperates with us in a professional manner in order to fulfill the team’s demands,” Al Ahly website quoted Mosimane.

Mosimane said El Khatib provides his full support to him and the whole team.

He added that El Khatib does his best to solve any difficulties that the first team faces.

“I am honored to work with such an African legend, El Khatib, and the fact that he is here with the team in Qatar is the biggest motivation for us to add more trophies to the African Club of the Century,” Mosimane said. The Egyptian league champions and CAF Champions League holders face Al-Duhail on Thursday