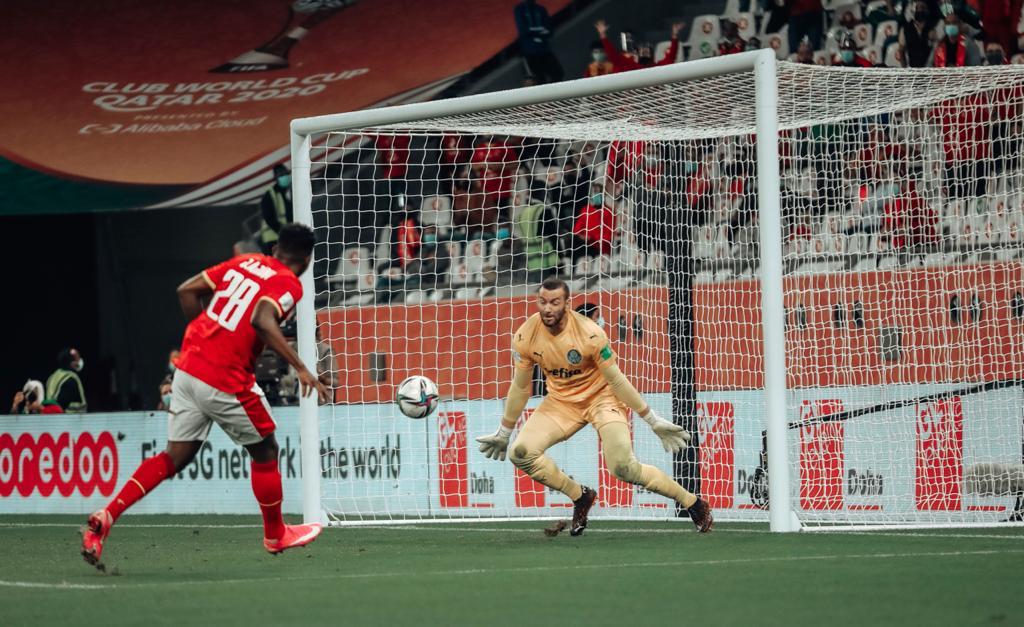 Nigerian forward Junior Ajayi has congratulated his team Al Ahly for clinching the Bronze medal at the FIFA Club World Cup.
Ajayi who missed the semi-final game against Bayern Munich joined the fray in the 58th minute replacing Walter Bwalya.
After both teams failed to score, the game was decided from the spot and Ajayi’s last spot kick gave Al Ahly the victory as the game ended 3-2.

The forward in a message on his official Twitter handle wrote;
“Congrats to the team on a deserved victory at the FIFA CLUB WORLD CUP. Up #AlAhly 🙏🏿.” 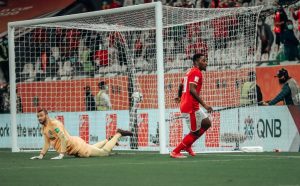 In another development , the victorious Al Ahly team are expected to arrive back to Egypt .
According to a statement by the clubThey are expected to land in Cairo later this afternoon.
“The mission of the first football team at Al-Ahly club left Doha Airport, heading to Cairo, after the end of its participation in the FIFA Club World Cup.
“Al-Ahly won the bronze medal, after beating South American champion Palmeiras, Brazil, on penalties yesterday.
It is expected that Al-Ahly’s mission will arrive in Cairo at 2 pm Cairo time today.
“And after the sixth appearance of the historic African champion and its crowning king, Al-Ahly has become the most visible team in the World Cup, and the world’s most-matched team in the FIFA Club World Cup.
“Al-Ahly fought 15 games over the course of its various appearances on an equal footing with New Zealand champion Auckland City team, and Real Madrid, Spain’s champion team, came in second place, which played 12 games over the course of its World Cup appearance.
“Al-Ahly succeeded during its World Cup participation in achieving 5 victories to become the most victorious African team, and in third place in the world after Real Madrid with 10 victories and Barcelona of Spain with 7 victories, and behind them Al-Ahly with 5 victories.”